Hollywood Vampires to Honor Motörhead’s Lemmy at the Grammys

Alice Cooper, Johnny Depp, Joe Perry, and more will also play a new song, "As Bad as I Am" 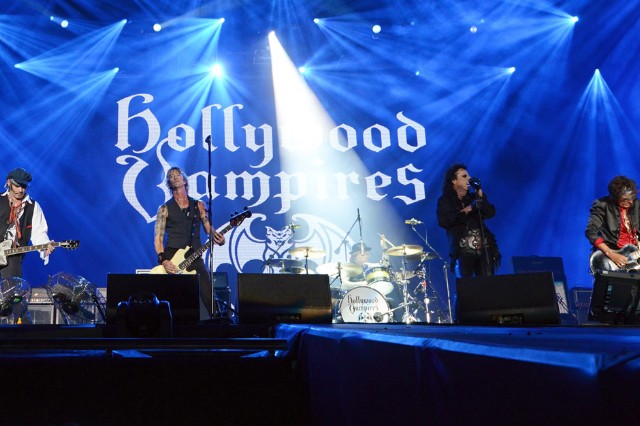 Alice Cooper and the rest of Hollywood Vampires will pay tribute to the late Motörhead frontman Lemmy Kilmister with a performance at the Grammys next week. The band – which features Johnny Depp, Aerosmith’s Joe Perry and Guns N’ Roses’ Duff McKagan, among others — will also play the live premiere of a new song, “As Bad as I Am.”

"Who'd win in a wrestling match, Lemmy or God?" Few metal frontmen are iconic enough to be known by only one name
MORE >>

“Lemmy was one of those salt-of-the-earth guys,” Cooper told Rolling Stone. “Find me somebody who didn’t love Lemmy. He’s just one of those guys that’s impossible not to like.”

The Grammys will air live next Monday, February 15 on CBS starting at 8 p.m. EST.