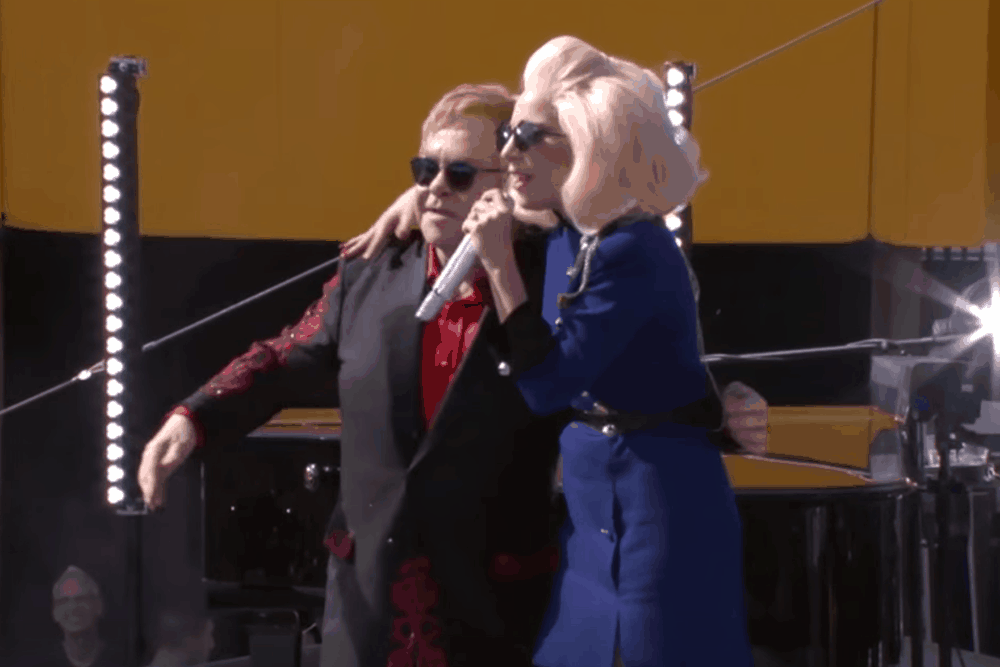 Elton John decided to celebrate the Oscars and help support his AIDS Foundation and its annual viewing party by throwing a free pop-up concert on Los Angeles’ Sunset Strip. Setting up his stage near the old Tower Records building on Saturday afternoon, the iconic musician performed a number of his biggest hits, including “Your Song,” “Tiny Dancer,” “Benny and the Jets,” and “Don’t Let the Sun Go Down on Me,” which featured Lady Gaga as a surprise guest. The show was livestreamed on AOL.com, but you can watch John and Gaga’s performance below, and catch Gaga when she performs her Oscar nominated song “Til it Happens to You” at the awards show tonight. (h/t Billboard)