"These changes don't ruin the song at all!" 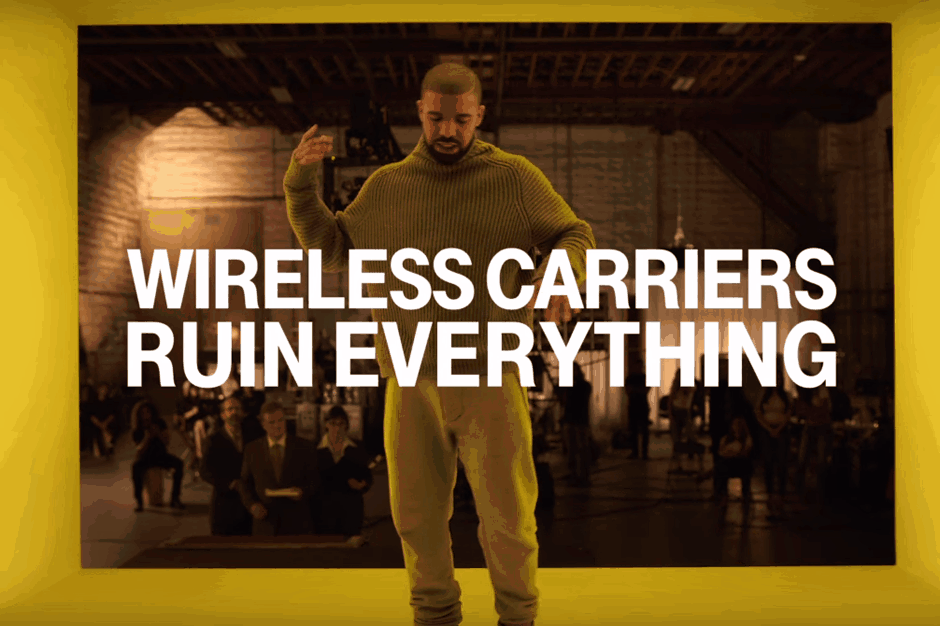 Update: Get that money, Drizzy: The Canadian rapper is also featured in a #WeAreJordan commercial during this year’s Super Bowl. You can watch that below.

Drake’s “Hotline Bling” video may’ve come out last fall, but the Toronto rapper’s still content to capitalize on its success, as seen with a new T-Mobile Super Bowl commercial starring Aubrey Graham himself.

In the ad, Drake recreates the shoot for his “Hotline Bling” visual before a trio of phone company execs rush up to him and ask him to change the lyrics to the song, including new references to streaming charges and more. “These changes don’t ruin the song at all!” Drake quips as he gets back to work.