"And I have never had sex with her" 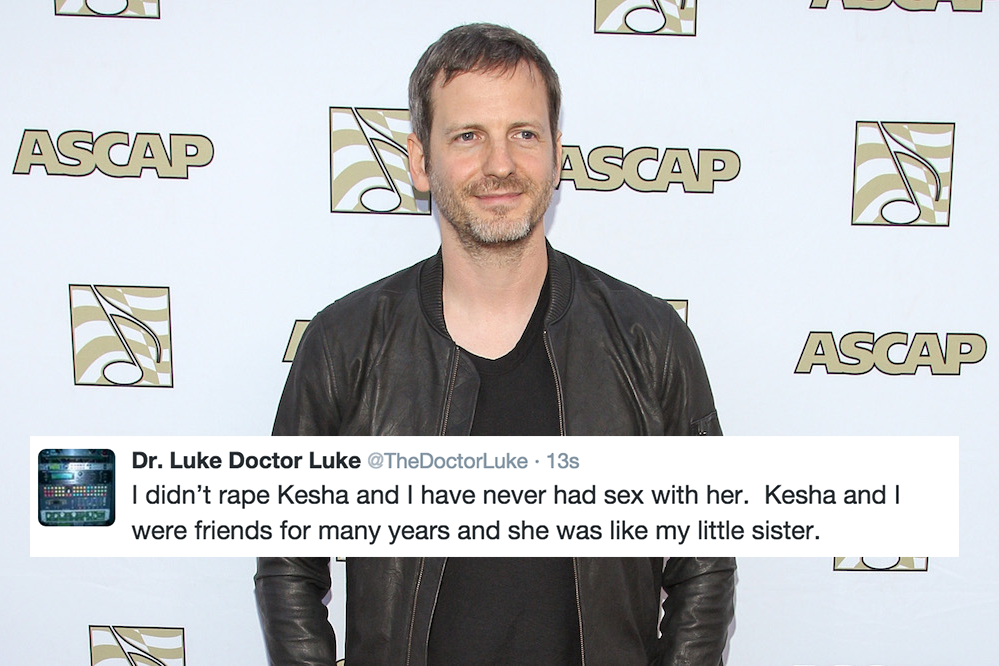 Pop producer Dr. Luke has just tweeted a series of statements in response to his ongoing sexual assault lawsuit with Kesha and the subsequent public fallout. “Until now I haven’t commented on the lawsuits, which should be resolved in court not here on Twitter,” he began ominously. Those tweets were referencing the two statements his lawyers made following the dismissal of the injunction Kesha sought in order to cease her recording contract with him, which stipulates that Luke must have six songs on each of her subsequent albums.

“It’s a shame that there’s so much speculation out there basing itself on so little information,” he added, before delivering  the following statement: “I didn’t rape Kesha and I have never had sex with her.  Kesha and I were friends for many years and she was like my little sister.”

Luke — born Lukasz Gottwield — then went on to send a series of further tweets meant to demonstrate what he claims is his innocence, including screenshots of articles from TMZ and the ?New York Daily News? covering Kesha’s reported testimony in which she says the producer did not, in fact, sexually assault her.

“They are getting behind an allegation only – motivated by money,” Gottwield wrote. “Kesha’s lawyer Mark Geragos made another false rape claim against me that was denied by publiscly Lady Gaga.” [sic]

Find screenshots of Dr. Luke’s Twitter screed below, in case he (likely) deletes them all in the interest of his ongoing legal matter. 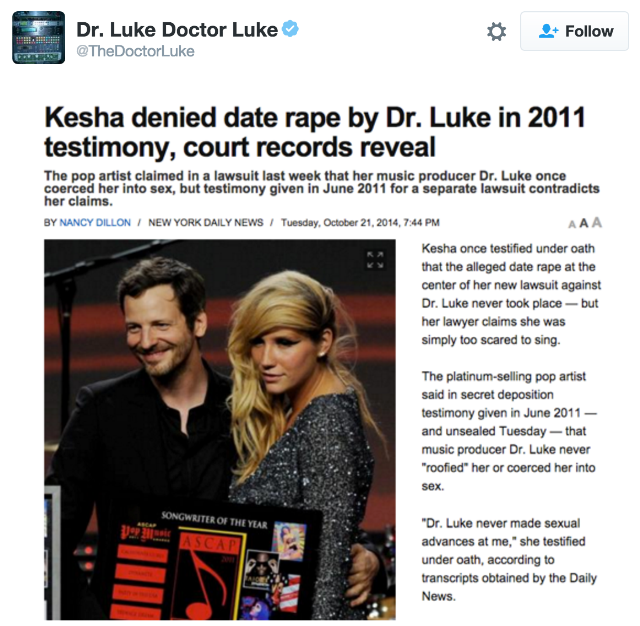 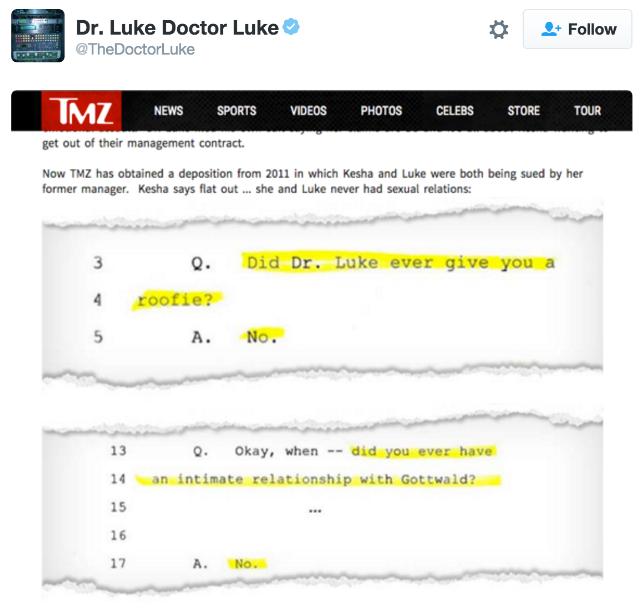 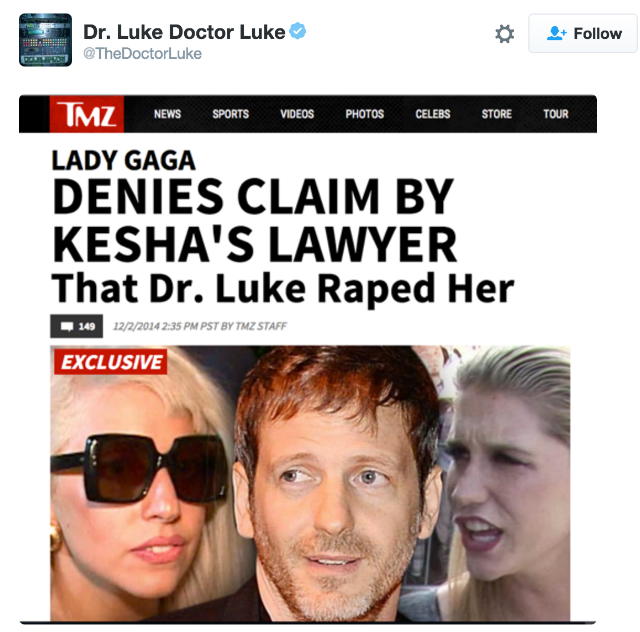