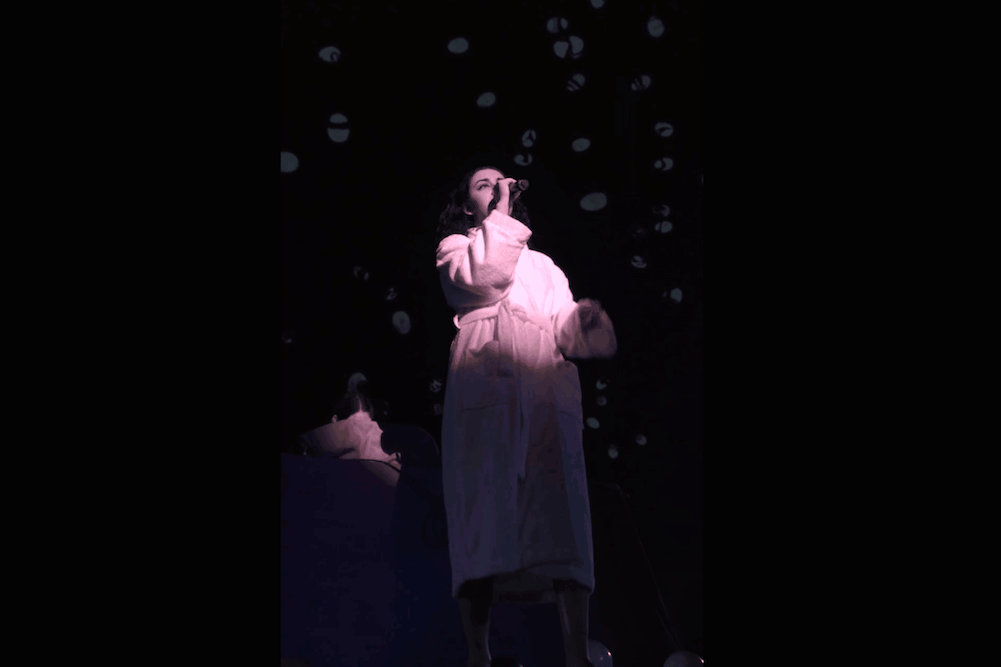 Update: Charli XCX’s “Too Many Omens” is actually an Andrew Wyatt song, not a track off her upcoming record. Her performance remains quite beautiful.

Though Charli XCX was busy in New York City last week hitting up Kanye West’s fashion show at Madison Square Garden and performing at the annual amFAR Gala, the British pop star made time to swing by Miike Snow member Andrew Wyatt’s special Valentine’s Day performance art piece at MoMA PS 1. While there, she performed a new song reportedly called “Too Many Omens” (in a bathrobe, no less; when could your favorites?) for the Valium Valentine crowds, a sparkling ballad that showcases the singer’s one-of-a-kind vocals. No word yet if this’ll pop up on the follow-up to her 2014 album Sucker, but damn if she doesn’t sing the hell out of the passionate tune. Watch below.