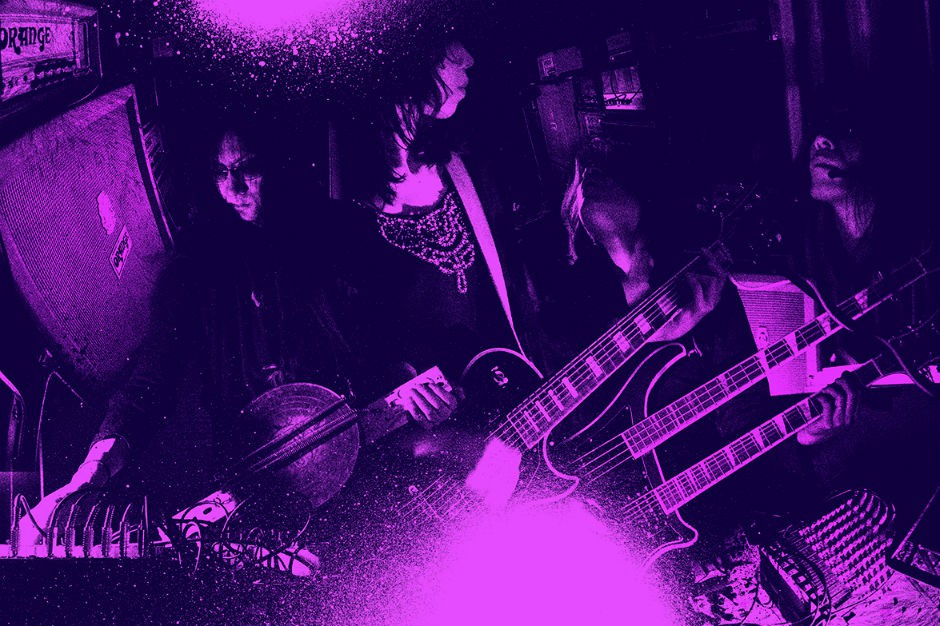 One of the most immersive music-listening experiences you’re likely to have this year will be coming this March, courtesy of two titans of Japanese noise: avant-metal trio Boris and singular sound abuser Merzbow. The two artists will be releasing a collaborative album, but not in the conventional sense — Genesho will be two discs (and four LPs) long, divided between percussion-less re-recordings of some of Boris’ best-remembered songs, and original compositions from Merzbow. But it’s not a conventional split, either — the two artists involved request that you play their respective works simultaneously, at varying volumes, “so that the listener can experience their own ‘gensho/phenomenon’ every time.”

The result is a work that’s as cathartic as it is spellbinding, and one that encourages you to do as much experimenting as a listener as the artists do as creators. You can get a sense of Gensho with the new 14-minute live video for “Vomitself,” a Boris track dating back to the late-’90s, with Merzbow adding a trademark collage of scrapes and squalls over the band’s performance. (The scratchy haze of the filming and the devil-horned enthusiasm of the crowd are both exceedingly appropriate.) Watch here, and look for Gensho on Relapse Records, out March 18.