The Vampire Weekend bassist directed the short himself 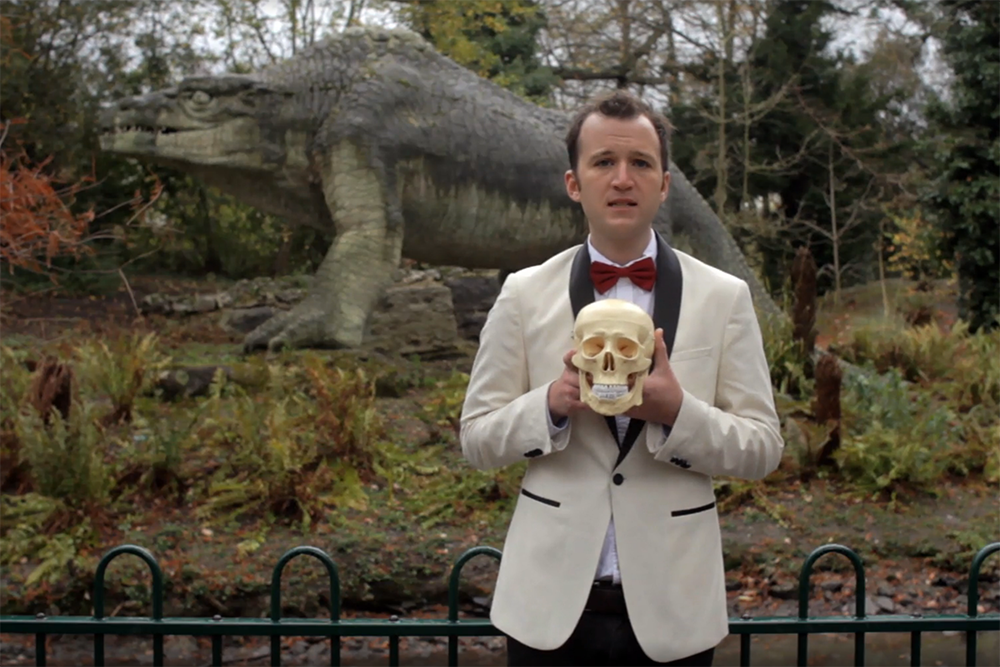 Baio has shared the charmingly weird music video for “The Names,” the title track from his 2015 solo debut. The Vampire Weekend bassist directed the short himself and stars in it at well, wearing a dinner jacket and carrying a medical skull around some of the more unusual parts of London. The quirky Hamlet visuals don’t have some elaborate, deeper meaning, to hear Baio tell it — the idea just popped into his head. “Crystal Palace Park in south London is the weirdest park I’ve ever been to with its huge dinosaur and gorilla statues,” he said of the setting. “I thought it’d be the sort of place a man in a dinner jacket with a medical skull would hang out.” Watch below.