Cooper can't figure out what Depp is trying to say, either 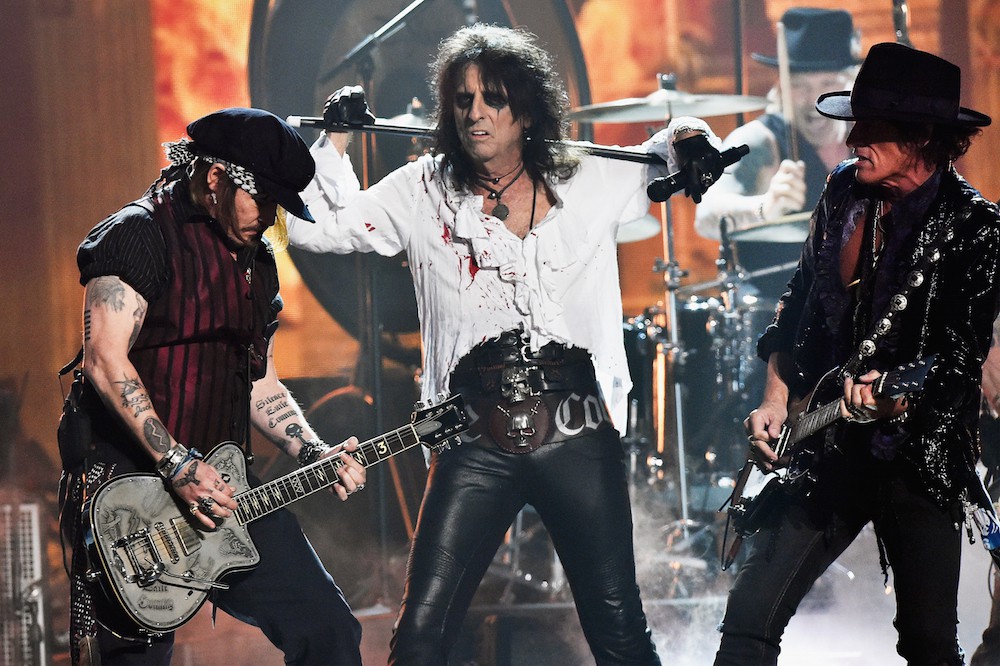 Formed in tribute to friends who thankfully did not live to see the 2016 Grammys, the band performed their new song “As Bad As I Am” as well as Mötorhead’s “Ace of Spades” in memory of the late Lemmy. Balls of fire mushroomed in the background. An amplifier stack decorated with a guitar, hat and boots stood in less-than-silent tribute.

Mid-performance, trained actor Depp distinguished himself by mumbling indecipherably into the microphone. Watch the full performance below:

Alice Cooper called Vampire Weekend “wimpy” in 2008. Fuk u, Alice. I am stronger (& more vampire) than you. Shame on Johnny depp.