She also played "When We Were Young," and said she "cried all day" after the awards show 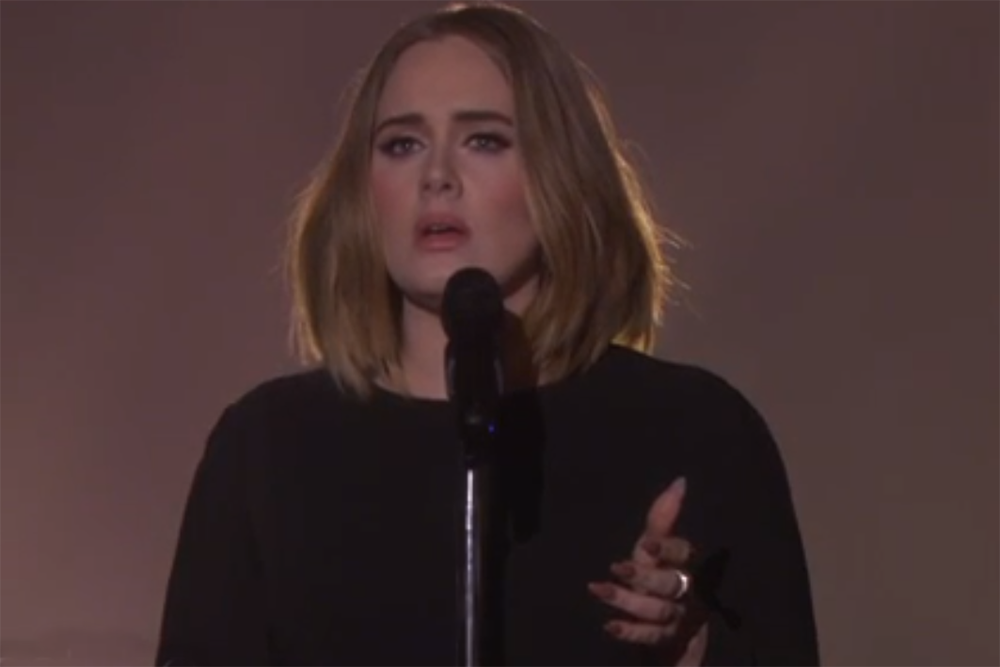 Adele’s performance at the 2016 Grammys might’ve been marred by some technical mishaps, but the 25 singer seems to have bounced back alright. During an appearance on Ellen today, Adele explained just what went wrong during the show. “Sound check was great, it went really well. I was really excited and then during the change over in the ad break a microphone fell onto the piano strings, which is what the guitar noise was,” she said during the interview. “I always cry but yesterday I kept spontaneously bursting into tears. But it wasn’t so bad. I treated myself to a burger and a beer,” she continued, making the best of a bad situation.

Adele then performed “All I Ask” for the first time since the show, and it went off without a hitch. She also did “When We Were Young.” Watch all the videos below.