Along with some other B to C-list celebrities 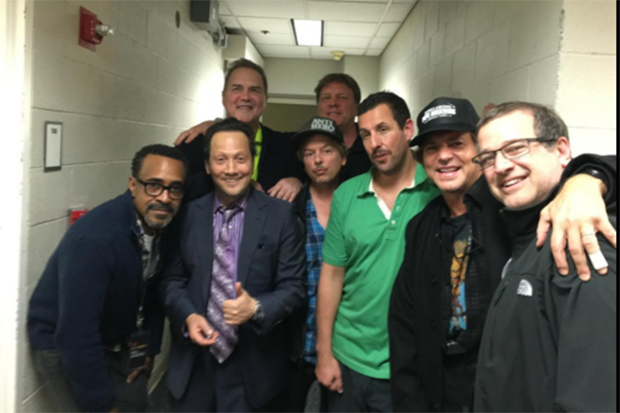 Adam Sandler, the comedy genius behind the landmark motion picture Jack and Jill — brilliant film where he showed off his considerable acting range by playing his own twin sister — has a pretty okay voice. Seriously. Dude’s got a solid cover of “Werewolves of London” if you wanna check it out. Anyway, Sandler is on tour, and earlier this week he performed at Seattle’s Paramount Theatre along with some of his most (in)famous actor friends, including David Spade, Norm MacDonald, and Rob Schneider, and Pearl Jam’s Eddie Vedder. Together they performed a cover of the Who’s classic “My Generation,” which you can watch below.