Welcome to our weekly roundup of the SPIN staff’s favorite new songs. Below, sample the best from African blues-rockers, cartoonish electronic trios, and more.

French Montana feat. Kodak Black, “Lock Jaw” (Coke Boys)
French Montana has no shortage of big names on Wave Gods, his mixtape that dropped last Friday — Future’s on the thumping “Miley Cyrus,” Kanye and Nas chip in on the reflective “Figure It Out,” and Travis Scott shows up for “Man Of My City.” Even with all of the collective star power, those tracks take a backseat to “Lock Jaw,” a slow jam aided by 18-year-old Florida native Kodak Black. As the most effortless cut on Wave Gods, “Lock Jaw” comes punctuated by breezy verses and an equally hazy chorus: “Bite down… it be hard to understand because my jaw keep lockin’.” — MEGAN BRADLEY 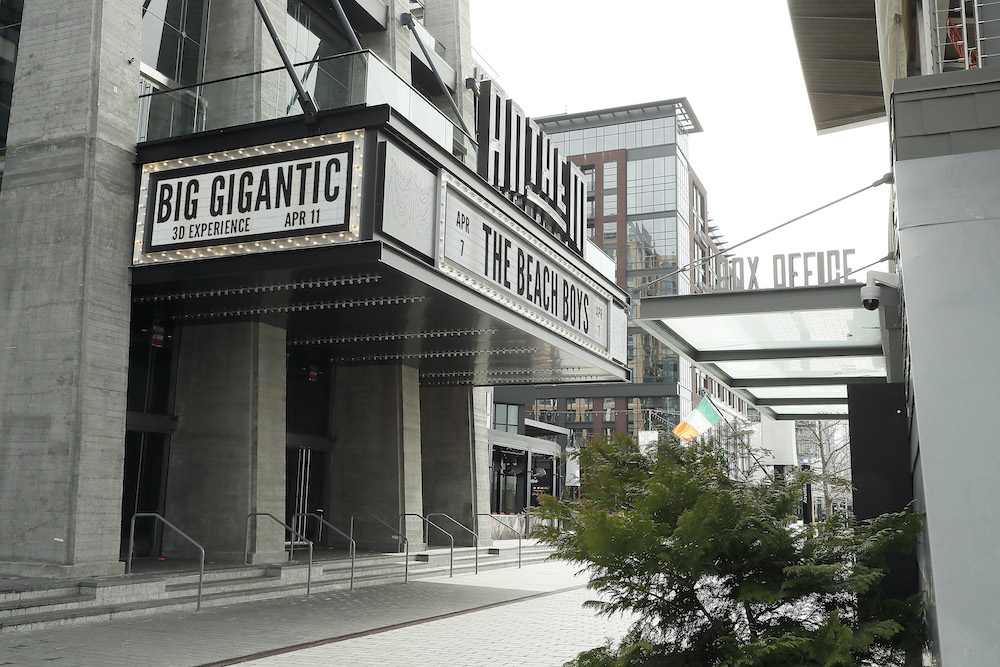 Imarhan, “Assossamagh” (City Slang)
Like their Tuareg brethren in Tinariwen and Bombino (and sistren in Tartit), this Mali five-piece grooves on a psychedelic blues guitar signature that sounds like nowhere else. Imarhan falls on the more cleanly polished end of the spectrum, like the Damon Albarn-minted Amadou and Mariam, which might explain why they’re touring with Kurt Vile for their first-ever U.S. dates this spring. But like any Tuareg guitar collective, their hypnotic, almost ska-indebted aura on “Assossamagh” is a sea of mystery that no one on these shores is solving anytime soon. — DAN WEISS

Kero Kero Bonito, “Lipslap” (Self-Released)
The same London-based trio that brought you whackadoodle pop bangers like “Build it Up” and “Picture This” is back with a new single to get silly to. Called “Lipslap,” the track features another dose of the bizarre literalism for which Kero Kero Bonito has become known. Chanting about vibrating mouths (“A finger tip placed on the lips, which gave a little shhhhhhh“), they even blubber-hum a few notes in the chorus. The body is your best instrument, after all. — RACHEL BRODSKY

Leon Vynehall, “Kiburu’s” (Running Back)
This advance cut from underground British house sensation Leon Vynehall’s upcoming double-12-inch Rojus percolates and stabs like “Pump Up the Volume” for its first few minutes, but evolves into one of the year’s most lush, elegant bangers, all warm bass and piano twinkles and synth plushness. Suave, but the persistent cowbell throughout keeps the song firmly on message for its eight and a half minutes: Dance. Dance. — ANDREW UNTERBERGER

Minor Victories, “A Hundred Ropes” (Fat Possum)
Mogwai’s Stuart Braithwaite, Slowdive’s Rachel Goswell, Editors’ Justin Lockey, and his brother James have never been in the same room together, but somehow they managed to form a band and record a debut album, Minor Victories, out on June 3. Its lead single, “A Hundred Ropes,” sounds as cinematic as its title suggests, with Goswell’s feathery vocals just barely distinguishable above straining synths and strings. “We’ve got to find our own way out,” she urges over and over, giving the track a grey, hopeless aesthetic, ideal for a never-ending month like February. — R.B.

Pale D?an, “In A Day” (Manifesto)
I’m sad and I listen to Loveless every night. After that, I put on this song from Austin, Texas trio Pale D?an and listen to singer Ruth Ellen make that unforgettable “whoa-whoa whoa-ah-oh” noise like an unearthly bird. I still like Siouxsie & the Banshees even though they’re problematic, and I hope I die by drowning in reverb. Share if you agree. — ANNA GACA

Star Eyes, “Hardest Now” (Chaos Clan)
Brooklynite Vivian Host is a DJ (both on the radio and behind the decks), the producer known as Star Eyes, and co-founder of New York collective Trouble & Bass. “Hardest Now,” the brawny lead off of her new three-track EP, also launches another label and party night, Chaos Clan. Preamble aside, this track needs little introduction: Stretched to the point of intense pleasure or pain, the first syllable sears over a bed of fierce pops and low-down rumbles, with some Baltimore club bounce thrown in to throw down that much harder. — HARLEY BROWN

Correction: A previous version of this post listed Pale D?an as being from Dallas, Texas. They are actually from Austin, Texas. SPIN regrets the error.