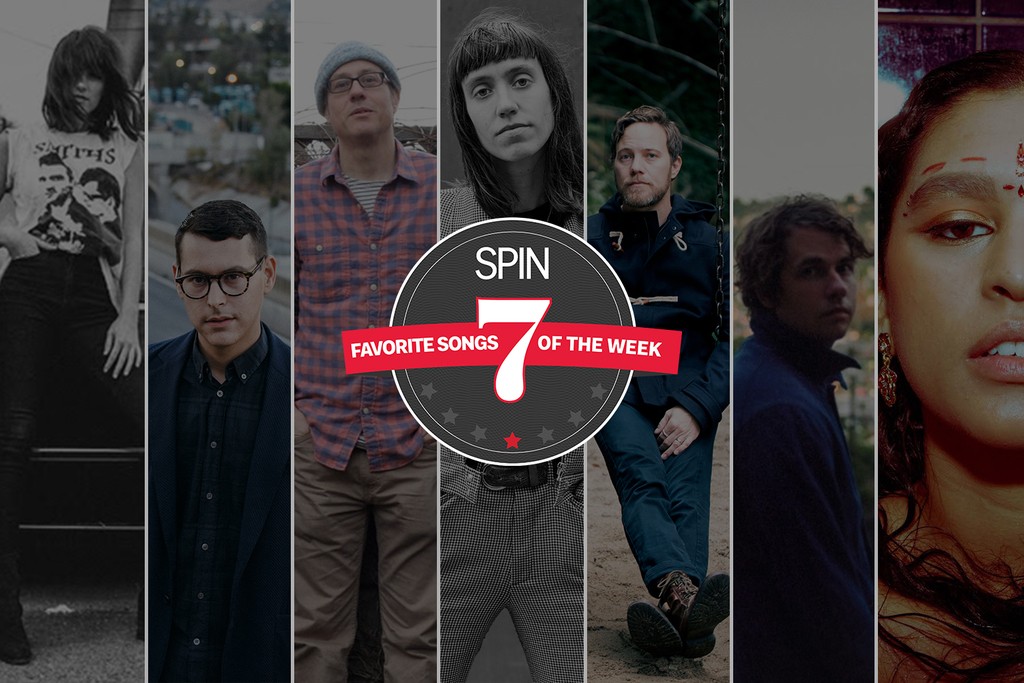 Welcome to our weekly roundup of the SPIN staff’s favorite new songs. Below, sample the best from West Coast saxophonists, jilted electro-poppers, and more.

Anenon, “Once” (Friends of Friends)
Los Angeles producer, saxophonist, and geeky gearhead Anenon’s new album, Petrol, emerged from a series of improvisation sessions between him and drummer (and fellow Angeleno) Jon-Kyle Moore. “Once” shimmers into focus with agitated patterns of snares and hi-hats, slicing down at frequencies of intermittent rain showers on rooftops: stucco, corrugated iron, shingle. For its moving parts of sounds that so easily manipulate listeners’ emotions, “Once” is remarkably simple. — HARLEY BROWN

Attic Abasement, “Guarantee Jesus” (Father/Daughter)
Marked by wit and the imperfectly distinct vocals of principal songwriter Mike Rheinheimer, the recently reunited Attic Abasement have announced Dream News, the long-awaited follow-up to their 2010 lo-fi touchstone, Dancing Is Depressing. The full-bodied lead single “Guarantee Jesus” finds the Rochester outfit entering a proper studio for the first time since their outset, and natural storyteller Rheinheimer hasn’t lost a step, as he begins with his trademark drawl: “No more getting teased / Now we’re playing rough / Beating like a drum / Will that be enough?” Perhaps not, but it’s nice that they’re trying again. — JEFFREY SILVERSTEIN

Eskimeaux, “Power” (Double Double Whammy)
It doesn’t take much for a relationship to crumble under the emotional weight of a power struggle. Gabrielle Smith (a.k.a. Eskimeaux) readily points this out in the lead single from her forthcoming mini album, Year of the Rabbit. Against soft keys and a mid-tempo beat, she wishes “I could love you less like a praying mantis / Rip your head off every time this starts to feel right.” Why? Because “you can be so anti-social / And I can just be terrible.” Sounds like the dynamic is pretty balanced after all. — RACHEL BRODSKY

Kevin Morby, “I Have Been To The Mountain” (Dead Oceans)
Released with a stunning Phillip Lopez-directed music video, Kevin Morby’s “I Have Been To The Mountain” is dedicated to and inspired by the untimely death of Eric Garner. Morby’s folk-country howl is harrowing as he sings, “That man lived in this town / ‘Til that pig took him down.” Supported by a trio of backup singers providing ethereal harmonies and one of the tightest rhythm sections in the business, the song’s upbeat groove remains hopeful despite its solemn undertones. — J.S.

Nadia Nair, “Something Something Something” (Naboobia Records)
A crystalline ballad constructed around only vocals and swirling organ, the keys soothing like Kanye’s “Only One,” but with an air-conditioner-like hum underneath that gives the song a gently upsetting tension. Swedish singer Nadia Nair’s trembling wail soars gorgeously over the mix, but its levitation is an uncomfortable one, as if it could lose cabin pressure and crash at any moment. “I’m not blaming you, darling,” she coos — though she could also be promising “I’m not playing with you” just as easily. — ANDREW UNTERBERGER

Rogue Wave, “What Is Left to Solve” (Easy Sound)
Longtime Rogue Wave fans accustomed to the duo’s dreamy, guitar-driven songs like “Eyes” or “I’ll Never Leave You” will be surprised to find them entering into the great abyss of ominous new-wave soundscapes on “What Is Left to Solve.” Over a foundation of antsy synth-work, frontman Zach Rogue asks nervously: “Mirror, mirror / Can you feel structural weakness?” — ILANA KAPLAN