From New York City to Detroit, that's 14 in all. 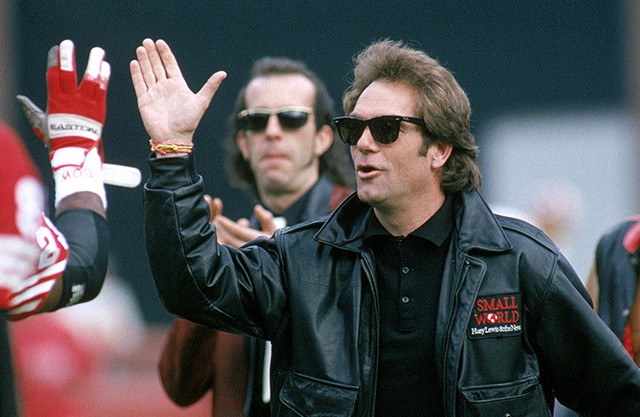 The heart of rock and roll is still beating, at least for one Huey Lewis and the News fan. Los Angeles-based filmmaker Michael Feld has create a tribute video for the classic 1983 rock anthem, in which he karaoke-style sings along to the song while traveling to all of the 14 American cities it lists.

“I really love Huey Lewis and the News. Last summer, while out doing karaoke (and singing Huey of course) I started thinking how great it would be to visit all the cities listed in the song. Why those places? What connected them to Huey Lewis? What rock & roll magic could be found in those disparate places?” Feld wrote with the video. “So I set out on a journey to make a music video where I’d travel to all 14 cities listed in the song, not only as a tribute to Huey Lewis but to prove that the heart of rock & roll is indeed still alive and beating. And after completing my journey, I can tell you first hand that Huey Lewis’ message still rings true, 31 years after the song’s release.”

The Heart of Rock & Roll from Michael Feld on Vimeo.