Review: Charlie Hilton Is a Dream-Pop Shapeshifter on ‘Palana’ 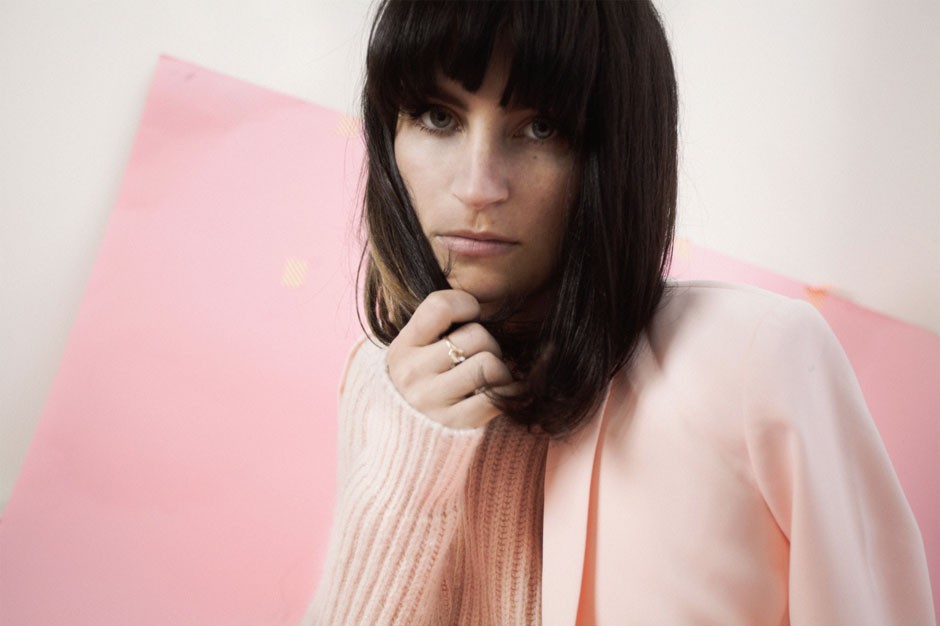 Art-pop singer Charlie Hilton has been relaying a quote in interviews from Hermann Hesse’s novel Steppenwolf — “Man is not by any means of fixed and enduring form…he is much more an experiment and a transition” — to how she wants us to regard her transitional solo debut album. She’s also the lead singer of Portland dream-pop outfit Blouse, but on Palana (a nod to Hilton’s given Sanskrit name) her ideas both acknowledge and push beyond what undergrads would glean from Intro to Indie Rock 101 and College Radio CD shelves.

Produced by Unknown Mortal Orchestra’s Jacob Portrait, Palana is not entirely dissimilar to Hilton’s Blouse work — her wispy vocals still make her sound chronically lost in thought. Both projects take after the gauzy affect of haze-pop royalty Beach House. But only when Hilton is unfettered by bandmates does she push the boundaries of her own creativity.

The spare title track forgoes percussion and relies on shining synths and gentle keys — nothing unusual yet. But Hilton’s voice quickly becomes the real star: On “Palana” and its mid-tempo sequel “Something for Us All,” she stretches out each syllable in a yogurt-thick Nico accent. “Time” becomes “tiiihme,” “like” becomes “liiiihke,” and so on.

But Hilton never emulates any one influence too closely, oscillating sharply from atmospheric synths and easy acoustic guitar on “Funny Anyway” to skittering electronic drums on album standout “Let’s Go to a Party.” On the latter she declares, “I’m only happy when I’m dancing,” bringing to mind a more club-oriented side of indie-electronic pioneers Broadcast that never actually developed.

Hilton’s experiments sleepily shrug off any preconceived expectations: The slow-stomping “Snow” welcomes a touch of free jazz, with a squawking, directionless saxophone droning in the background. Directly after is “The Young,” which segues into a set of shlocky ’80s synths possibly inspired by the Ferris Bueller’s Day Off museum scene. Slack-rock hero Mac DeMarco chimes in on the easygoing, guitar-led “100 Million” (production courtesy of Woods’ Jarvis Taveniere) which shouldn’t vibe with the rest of the everywhere-all-at-once Palana, but Hilton’s extraterrestrial vocal acts as the gravitational force binding the album’s universe together. Plenty of musicians this diverse and dreamy can lose themselves beneath production textures or simply the weight of their own brain, but Hilton doesn’t shy away from indulging in pop, which is as experimental and transitional a form as any other. After all, she’s only happy when she’s dancing.