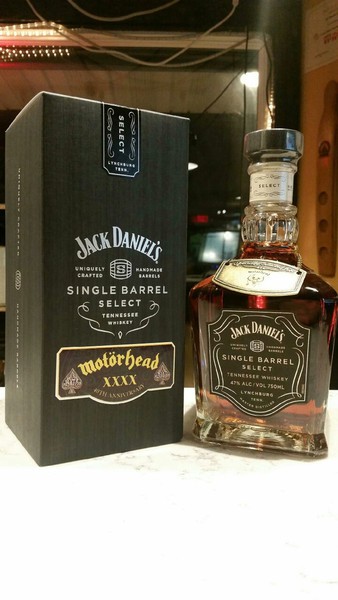 Update: A Jack Daniel’s representative say the Motörhead bottles of their whiskey are not officially produced by Jack Daniel’s — ” In this case, the retail account chose to include the name and logo of this rock music band on the medallions for their barrel” — but the company is “grateful for all the musicians around the globe who are friends of Jack.”

It’s been several weeks since the death of Motörhead’s iconic frontman Lemmy, and now the whiskey-swilling legend is being honored by Jack Daniel’s with a limited-edition bottle in his honor. According to Uproxx, the limited-run signature Motörhead whiskey “leaked early on the website of The Atlantic City Bottling Company and quickly sold out.”

Here’s how Jack Daniel’s describes the Lemmy batch: “We have selected one that is dark, oaky, but still some corn and sweetness with that signature Jack smooth charcoal smoky finish.”

According to the leaked description, the first barrel is limited to 288 bottles, so move fast when it’s back on sale if you want to commemorate Lemmy the way the musician would surely want to celebrate his own legacy.