L.A. Witch ‘Drive Your Car’ Off a Cliff In Scorching New Single

Off of the Los Angeles trio's forthcoming 7-inch 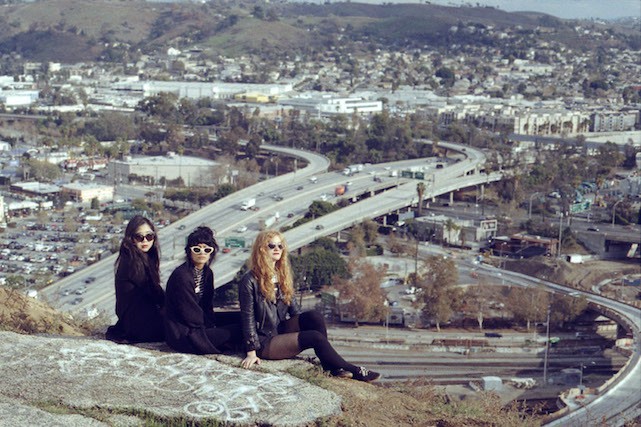 At least from a cursory glance at L.A. Witch’s artwork, it seems like the Angeleno trio take no prisoners: last year’s searing single “Kill My Baby Tonight” features manicured fingers pointing a pistol directly at you, and their January tour poster, below, is emblazoned with a dog bloodily biting a fist. It’s an accurate visual representation of their hard-living rock ‘n roll in the vein of “black” bands like Black Rebel Motorcycle Club, the Black Angels, and a proto-Black Mountain born under a dustier sun.

“Drive Your Car” — off of the Drive Your Car 7-inch, out February 11 via Ruined Vibes/Black Mass Recordings — squeals into chugging riffs from guitarist and vocalist Sade Sanchez and bassist Irita Pai, spurred into a higher, exit ramp-climbing gear from drummer Ellie English. Sanchez’s voice howls through the canyons of her own reverb like she’s yelling behind the wheel of a stolen Mustang in a Santa Ana tunnel, reveling in her cacophonous freedom Thelma & Louise-style. Listen here. 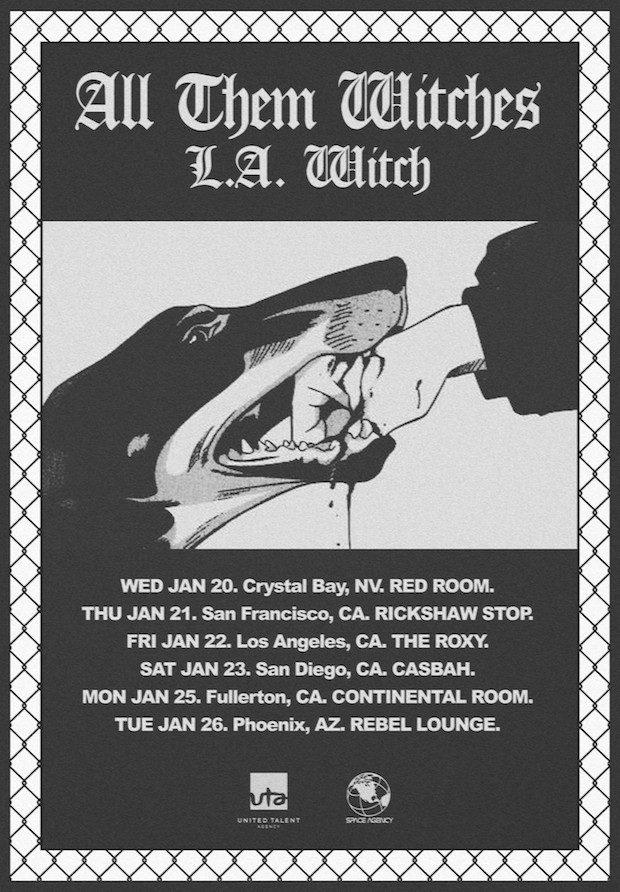