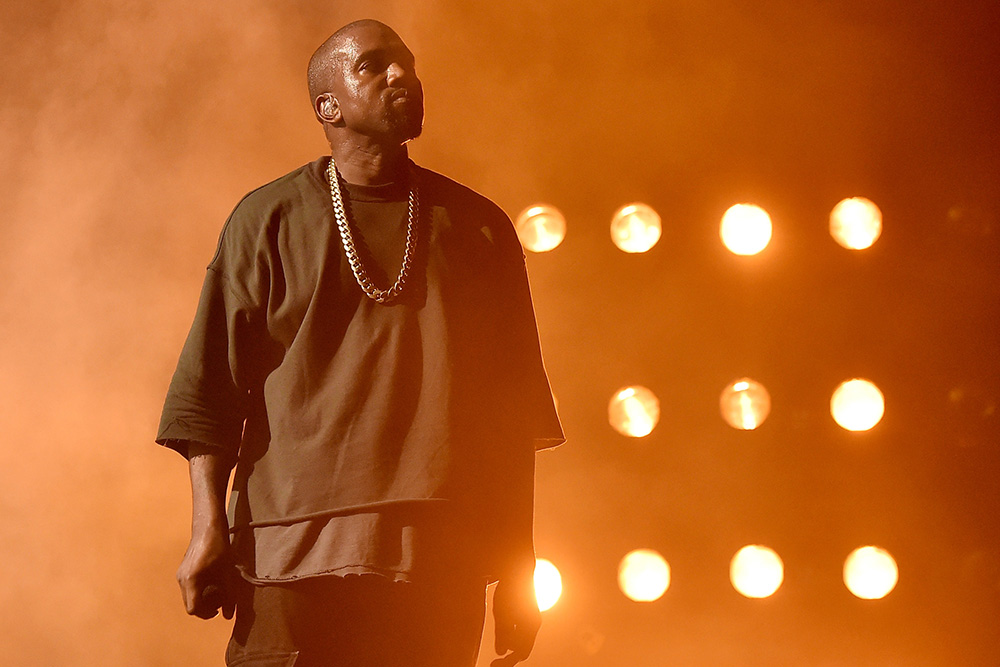 Update 2: ‘Ye keeps uploading and then deleting “Real Friends” onto SoundCloud file, having claimed in an earlier tweet that he originally pulled the file because “there was a slight distortion in the main loop.” In the meantime, the track, along with the snippet of the Kendrick Lamar-featuring “No More Parties in LA,” autoplays on kanyewest.com in full.

“New version is up.  Please please erase the old one I wasn’t satisfied with the sound quality,” Kanye explained in a tweet. “I hope you have a nice weekend,” he added.

Un momento, there was a slight distortion in the main loop within Real Friends.

It will be back up shortly. When it’s back up all rippers please rip the new one instead. — KANYE WEST (@kanyewest) January 8, 2016

Kim Kardashian hinted this morning that Kanye West is going to be releasing new music every Friday. Just now — a few short hours after Mrs. West teased G.O.O.D. Friday 2.0, ‘Ye posted a full new song and a snippet of another track to SoundCloud, but almost instantly pulled them down, apparently having only meant to share a short preview of the latter cut, which is apparently titled “No More Parties in LA.”

The first part of the SoundCloud file, “Real Friends,” is a winner. Coming after the try-hard posturing of last week’s “FACTS,” this is a welcome and intimate journey inward: Kanye as confessor, wistfully rhyming over somber piano. The track also features Ty Dolla $ign, according to Stereogum. Only a short clip of the second song, “No More Parties in LA” was uploaded, but considering Kanye’s now-deleted tweet, the snippet was all he intended to share. That song features Kendrick Lamar and was produced by Madlib. SPIN will keep you updated if he puts them back on his SoundCloud, here, but this being the Internet, they’ve already been recorded. Links are getting pulled left and right, but if you look hard enough, you can find ‘em.