Justin Bieber Was Kicked Out of Some Ancient Mayan Ruins

It's unknown if he was cursed by vengeful spirits, but one assumes yes 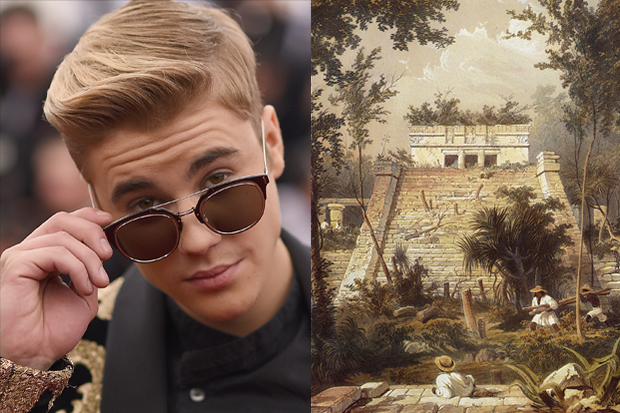 The ancient Mayan civilization foretold great destruction in the year 2012, if you believe things like Ancient Aliens. Well, turns out they were four years off, for the apocalypse has come in the form of Justin Bieber, who arrived in Mexico to wreak havoc one of their cities.

According to The Telegraph, the Purpose singer was on vacation visiting the ancient Mayan city of Tulum this past Thursday afternoon, and he reportedly kept climbing all over the centuries-old archeological site. Local news reported that security guards told the 21-year-old to stay away from cordoned-off buildings, but much like a Silver Snake or Purple Parrot, he tried to clamber back onto the forbidden ruins.

The security guards and Bieber’s entourage began to argue, and officials called up the police, though things had seemingly calmed down by the time he was escorted from the premises. Nothing good ever happens to the Biebs when he goes to Latin America, it would seem.