Into It. Over It. Go Full Analog for New Album ‘Standards’ 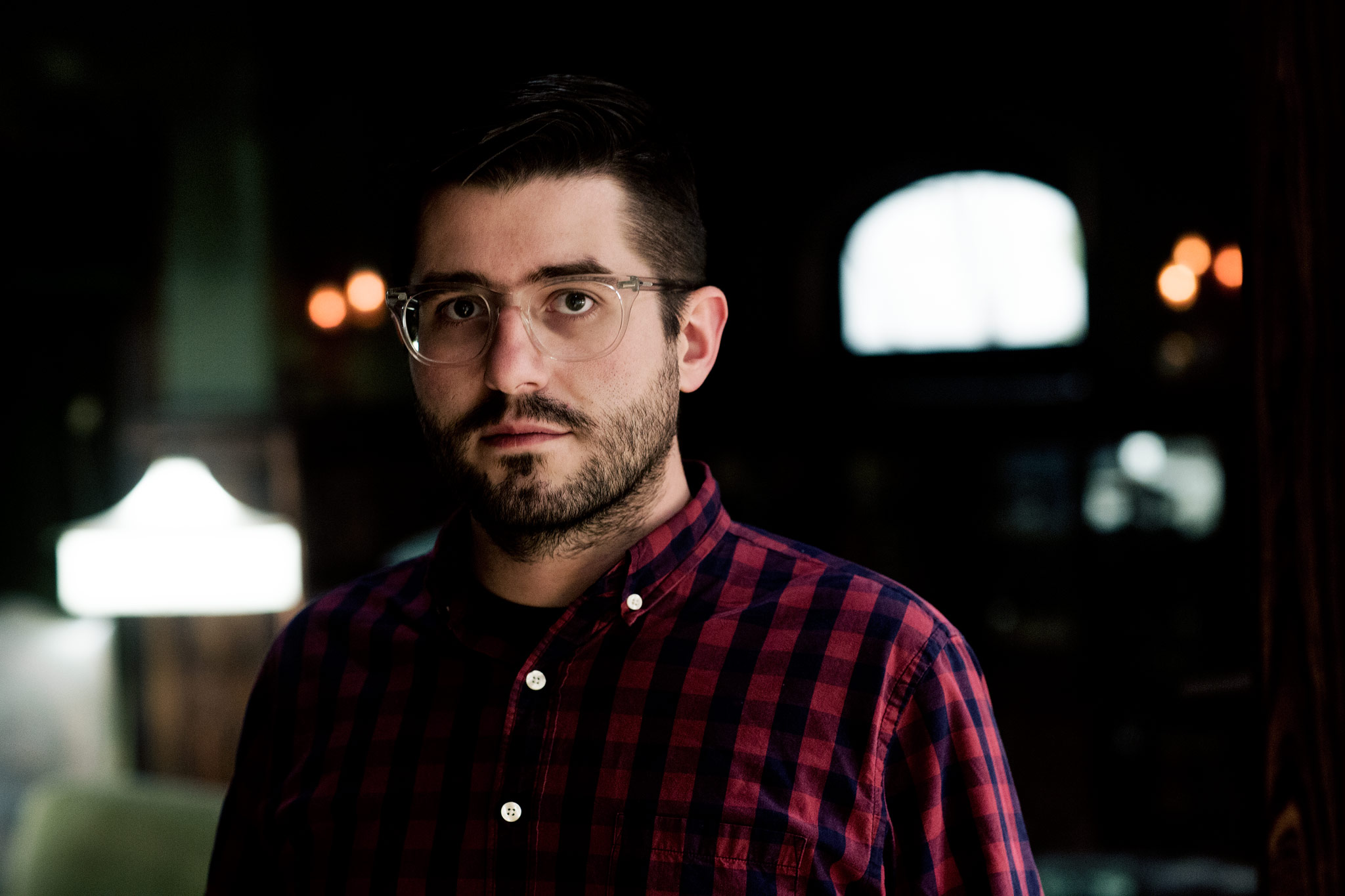 “He doesn’t know anything about the E-word… which is great.”

The E-word — yes, “emo” — may well be the “it” in Evan Weiss’ musical namesake, Into It. Over It., a moniker that sums up the tightrope he walks as a major figure (maybe the major figure) of the genre’s scene as far as the 2010s are concerned. And the “he” to which Weiss is referring is John Vanderslice — producer of IIOI’s upcoming third album, Standards — who’s best known for his own indie-rock efforts, as well as collaborating with luminaries as disparate as the Mountain Goats, Spoon, and St. Vincent. None of those acts have ever been cursed with the “emo” tag, while virtually every one of Weiss’ musical accomplices has. He did a split with Braid’s Bob Nanna; plays with American Football and Owls’ Mike Kinsella in Their / They’re / There; produced a reunion album for cult Pennsylvania stalwarts the Jazz June; and, most recently, opened for the Get Up Kids on their 20th anniversary tour this past fall.

You could say that Weiss owes everything to the E-word, which he discovered in seventh grade via Sunny Day Real Estate. (Full disclosure: He also introduced this writer to SDRE in ninth grade via a mixtape — the two of us graduated from Cherry Hill High School East in 2003.) His earnest songs fit the profile of the oft-disputed designation, from the score-settling angst of 2011’s Proper (“Your lack of confidence is not a right to verbally abuse / I should’ve said this to your face but what’s the use?”) to the strained syntax of a title like “The Shaking of Leaves,” from 2013’s Intersections. He writes about platonic relationships with the decorative intensity of less platonic ones.

But no one wants to be pigeonholed, and that’s why the 31-year-old singer-songwriter is telling me in a Collingswood, New Jersey café that he “got really excited” when Vanderslice compared Weiss’ new recordings to those of prog-rock titans Yes. That’s his reward for abandoning digital recording for the first time in his already-prolific career.

“We looked into our No. 1 [choice of producer], and he said, ‘Ah, I’m really busy right now, but you should record with my friend John Vanderslice,’” Weiss says. “And we looked into our No. 2 and the same thing happened; he had won a Grammy and just become really popular and he’s like, ‘Man, you guys can’t afford me, but you should go to my friend John Vanderslice.’ So I called John, had a good 30 to 40 minute conversation, and hit it off. His process and the way he goes about recording is what I’m looking for. We got all the way through the conversation and I’m like, ‘This guy’s the f**king guy, this is where I want to go.’ And it gets to the very end and he says, ‘Just so you know, I don’t do anything to computer, everything’s to tape.’”

“I don’t use Pro Tools and I don’t record on a computer, I’m just philosophically opposed to it,” Vanderslice, 48, says over the phone. “But I do everything I can to make it really easy and effortless on their side so they’re not even thinking about how I’m recording, so they just don’t notice at all. I think after the first day [Weiss and drummer Josh Sparks] probably never even thought about it again. One thing changes, and that’s that everything has to be played more or less in sequence, so you immediately get better as a player when you make a tape record, because you have to string it all together.”

“We couldn’t sweat the small stuff,” Weiss recalls. “You’re not able to go in and tweak or micromanage little sections of the music. It helped me accept chaos in a way I couldn’t before.”

By contrast, the grudging exorcisms of 2011’s Proper and studio-surgical acoustic laments of Intersections are deemed “for lack of a better word, clinical.”

“Everything about them is very meticulous and perfected, and that kind of approach made me hate writing songs. I love Intersections, but it wasn’t a very fun record to make,” Weiss says.

It’s only fitting that the analog reduction of Standards was written with even less technology available to Weiss and Sparks, who rented a Vermont cabin in January for 30 days just to write: “We were an hour from the nearest gas station, an hour from the nearest grocery store. Totally isolated, four feet of snow on the ground, negative 20 degrees outside. The whole thing was run on solar or generator power, so no phone, no Internet.”

Vanderslice is no luddite though, inundating the duo’s material with Moog synthesizer, looping pedals, and acoustic guitars distorted through electric amplification. One of his studio engineers composed a string arrangement for a song called “Anesthetic,” a first for Weiss.

“He wants to make music that sounds like it was from the future, made on gear from the past,” Weiss recalls proudly.

Accordingly, Standards boasts the slowest and fastest Into It. Over It. songs yet written. The hyperactive, Roni Size-style drumming on lead single “No EQ” contrasts the seaward ambience of “Your Lasting Image,” which leads into the spartan doo-wop backup of “Old Lace & Ivory.” The closest thing to a straightforward pop song, “Adult Contempt,” rattles like a spinning plate that could shatter into a hundred pieces at any moment.

“I understand now that you can’t go from a record that has a chorus on every song [Proper], and then deliver a follow-up that has two choruses on the whole thing [Intersections] and expect people to warm to it immediately,” Weiss says with a grin. “I think every song on the new one has a chorus.”

But his lyrical ambitions are more reserved this time around. On the new tune “Closing Argument,” he sings of “the first time in a long time I truly had to search for my thoughts.”

“I didn’t take on any thematic situations or write about one thing in particular,” Weiss says. “There’s some stuff about religion on this record, which is new.”

He’s referring to “Bible Black,” which is about the bizarre juxtaposition between religion and substance abuse, and he also tried writing from other people’s perspective for the first time, a nice break from his most diaristic tendencies. “There’s a couple songs on Proper that definitely drove a stake into a couple friendships. But I’m not trying to start s**t like I was at 23,” he says, laughing. As for the E-word and all the supposed heartsick baggage that comes with it, Weiss can only shrug at this point.

“I haven’t written a song about a girl in, like, six years,” he says.

Dan Weiss
Tags: Into It. Over It., john vanderslice