It's the Philippines-based psych-synth artist's first offering in 2016 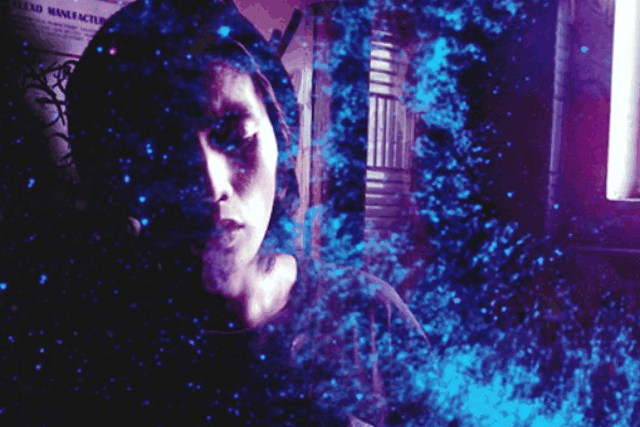 Eyedress, a.k.a. Idris (get it?) Vicuña, is the Philippines-based alter-ego of American psychedelic geniuses/character studies Ariel Pink and Bradford Cox, with a cotton-candy swirl of New Zealand singer-songwriter Connan Mockasin. He’s found co-signs in Archy Marshall, f.k.a. King Krule, who supplies deep, lazy vowels as Edgar the Breathtaker on the opening track to Eyedress’ 2015 LP, Shapeshifter. This year, Eyedress has returned with an homage to Sofia Coppola in a song named for the film auteur, out January 29 via Manimal Vinyl.

Just under two minutes, “Sofia Coppola” floats by in a haze of California weed smoke, or like a Chateau Marmont montage from Somewhere left on the cutting room floor. “Make you feel good,” Vicuña whispers to a girl in a Drizzying cadence, in the character guise of a socialite “stuntin'” for the evening. Laid over lazy afternoon guitars and a languid drum machine pulse, this one’s worth re-playing. Listen here.