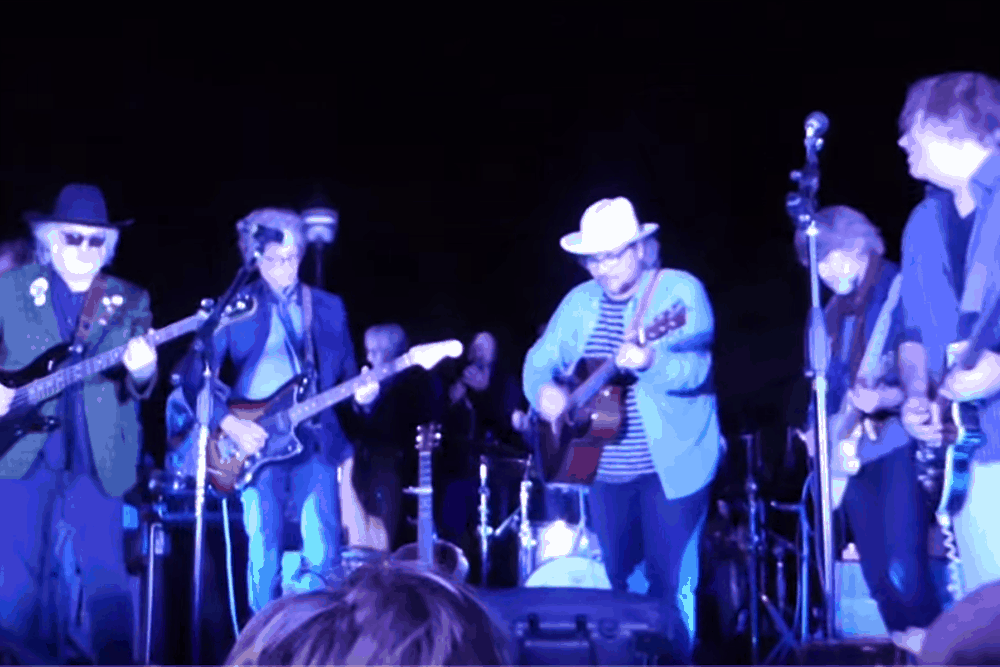 The first weekend of the Todos Santos Music Festival, the brainchild of R.E.M.’s Peter Buck, took place over the course of these last few days, and as might be expected, David Bowie was in the minds of the many greats performing in Todos Santos, Mexico.

Various arrangements of musicians from storied bands joined forced to honor the Thin White Duke, starting with a cover of “Jean Genie” by Buck, Sleater-Kinney’s Corin Tucker, and members of The Minus 5. This one-time supergroup, known as the Filthy Friends, was joined by R.E.M.’s Mike Mills later for a rendition of “Rebel Rebel.”

For the kids from the '70s disappointed by the purported normalization of David Bowie in the '80s, take a look at this poster
MORE >>

For the grand finale, however, Buck, Tucker, and the rest of the Filthy Friends joined Jeff Tweedy, his son Spencer, and the rest of the headlining group Wilco, along with members of the Old 97s and The Jayhawks for a joyous, celebratory cover of “All the Young Dudes.” Watch videos of all the Bowie covers below. (h/t Consequence of Sound)