Listen to the New Version of the ‘Daily Show’ Theme, Produced by Timbaland 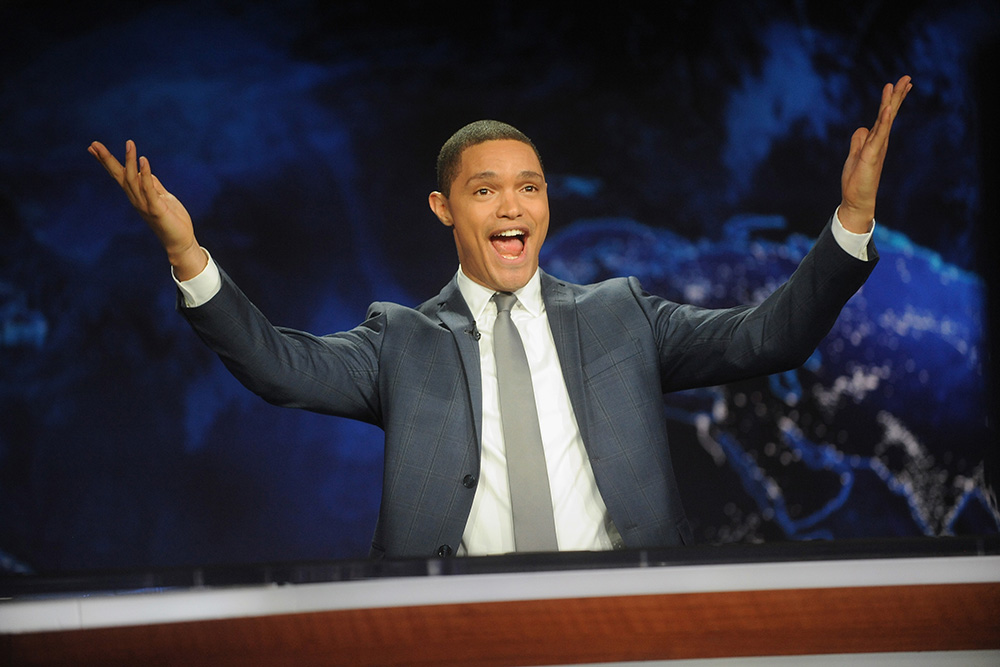 The Daily Show got a new host last year, switching from Jon Stewart to Trevor Noah, and last night the satirical news program got a new theme song to match. “Dog on Fire,” the series’ longtime theme, has been reworked a couple times over The Daily Show’s nearly 20-year existence, having originally been written by Bob Mould for initial host Craig Kilborn and then re-recorded by They Might Be Giants during Stewart’s tenure.

Noah now opens and closes his episodes with a slightly more trap-influenced take on the track that was helmed by producer and Empire’s music supervisor Timbaland (as well as King Logan), and mixed by Chris Godbey. Check out last night’s episode to hear the new take — the hip-hop aspects are the most prominent during the opening as Noah approaches his news desk, and the full, faster version plays over the end credits.