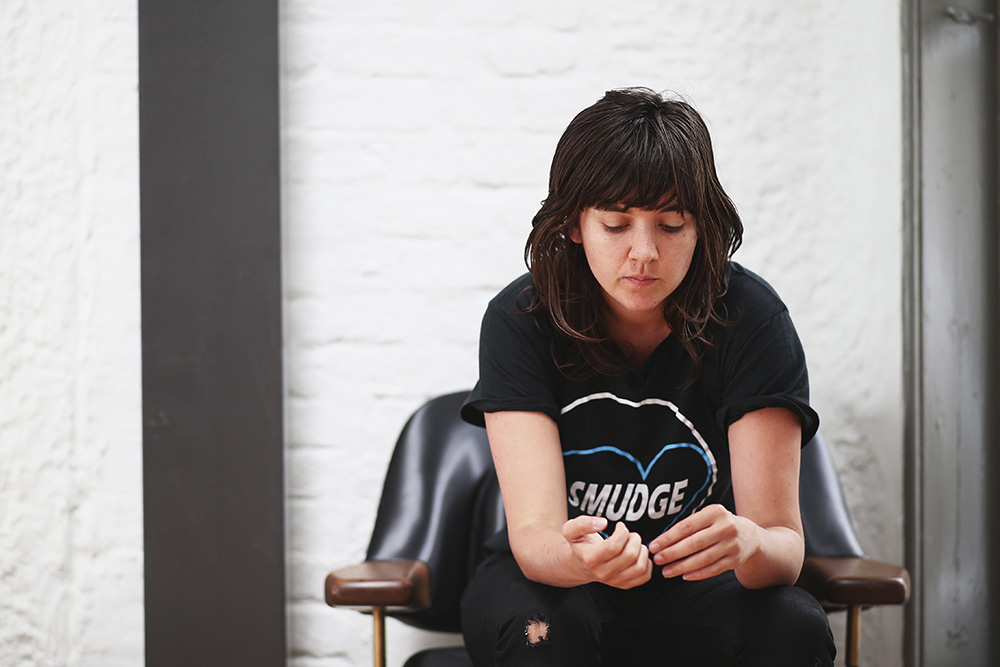 SPIN’s Songwriter of the Year, Courtney Barnett, was the latest guest on the acclaimed music podcast Song Exploder to discuss one of the standout tracks from the Grammy nominee for Best New Artist’s debut album, Sometimes I Sit and Think and Sometimes I Just Sit, “Depreston.” The Australian guitarist explained that the track was inspired by a visit to an open house during a house-hunting expedition she took to the Melbourne suburb of Preston.

Barnett, whose friends had earlier coined the nickname “Depreston” for the town due to a less-happy job-seeking episode of the 28-year-old’s life, said the visit to a deceased person’s estate made her dwell on mortality. “You’ve built this life. You’ve worked to raise money for your family, and then you die,” she told host Hrishikesh Hirway. She also explained how the simple, stirring guitar riff was inspired by the Go-Betweens’ “Streets of Your Town,” and explained why she ended the song with a fadeout — an increasingly rare technique these days. “There’s no rules in songwriting, and even if there was, I wouldn’t know what they were,” Barnett laughed.

Listen to the full episode below, and listen next week when MGMT will appear on the Radiotopia show to delve into “Time to Pretend.”