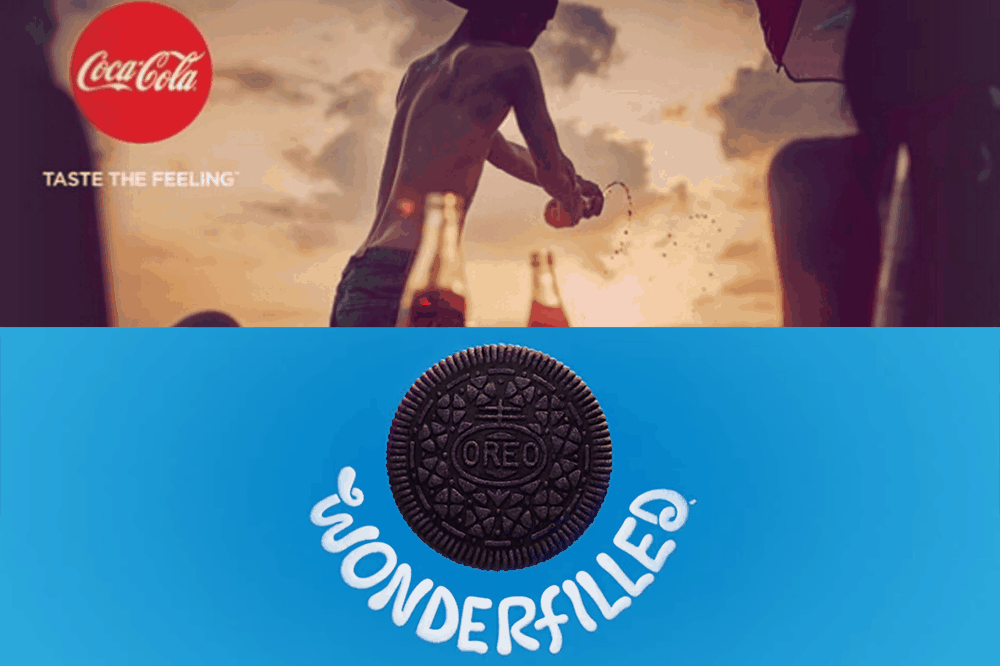 If you’re reading this, chances are you’re what’s known in the business as a Consumer. And, boy, let me tell you, there are some #brands out there who would really like you to spend your hard-earned money on one of their fine products. Today, two such brands have partnered with musicians to create original songs that — they hope — might entice you to consume a Coca-Cola or an Oreo. Coke got Avicii and singer Conrad Sewell to record “Taste the Feeling,” while America’s Favorite Cookie enlisted Adam Lambert for a new jingle. Below, SPIN has put the songs up against each other to see how they stack up.

There’s no way around it — Avicii’s Coke song is godawful. It’s the most banal, easy-listening to the point of non-existence country crooning combined with maybe two-thirds of an idea for a full-fledged Avicii track. That the lyrics are about sugar water is somehow the least offensive aspect of this agonizing, committee-approved tune. Lambert’s Oreo jingle, meanwhile, has the benefit of being shorter, and it doesn’t pretend to be a real song. It’s just a jingle, and a catchy little one at that. Light and upbeat, Lambert’s jingle sounds kinda fun in a throwaway pop kinda way.
Winner: Oreo

Which Song Is More On-Brand?

Ever since Don Draper thought up that “I’d Like to Buy the World a Coke” ad, Coca-Cola has been positioning itself as a universal beverage and a shortcut to a nirvana-like happiness. Avicii’s snoozer of a song about “tasting the feeling” touches that vague sense of happiness while also sounding old and familiar.

Oreo, meanwhile, has been positioning itself as both a classic treat that’s a throwback to childhood, and a surprisingly progressive force. They took some heat for a Facebook post in support of gay pride a couple years back, so having openly gay singer Adam Lambert represent them is another positive, inclusive step, especially since noted-ally Kacey Musgraves recorded a jingle in 2013. At the end of the day, though, both brands are delicious, ubiquitous junk food.
Winner: Tie

Which One Is More “Hip With the Youth?”

Coca-Cola describes its aesthetic as “Norman Rockwell Meets Instagram,” one part of which is decidedly not hip while the other one is the epitome of the snake person zeitgeist. Oreo’s going for a more general — if not especially outstanding — modern pop feel. Adam Lambert isn’t the biggest name in pop despite “Ghost Town” being one of the greatest songs ever written (fight me on this), but he’s still more hip than Avicii, who, sorry, peaked a while ago.
Winner: Oreo

Which Has the Most Eye-Rolling Line of Copy From the Press Release?

“‘Taste the Feeling’ will bring to life the idea that drinking a Coca-Cola – any Coca-Cola – is a simple pleasure that makes everyday moments more special.”

“‘The mission statement really spoke to me,’ says Lambert. ‘They’re encouraging people to look at our similarities as opposed to our differences and that is in line with my philosophy.'”

Winner: In a sense, everybody loses, but Coke somehow looks better here.