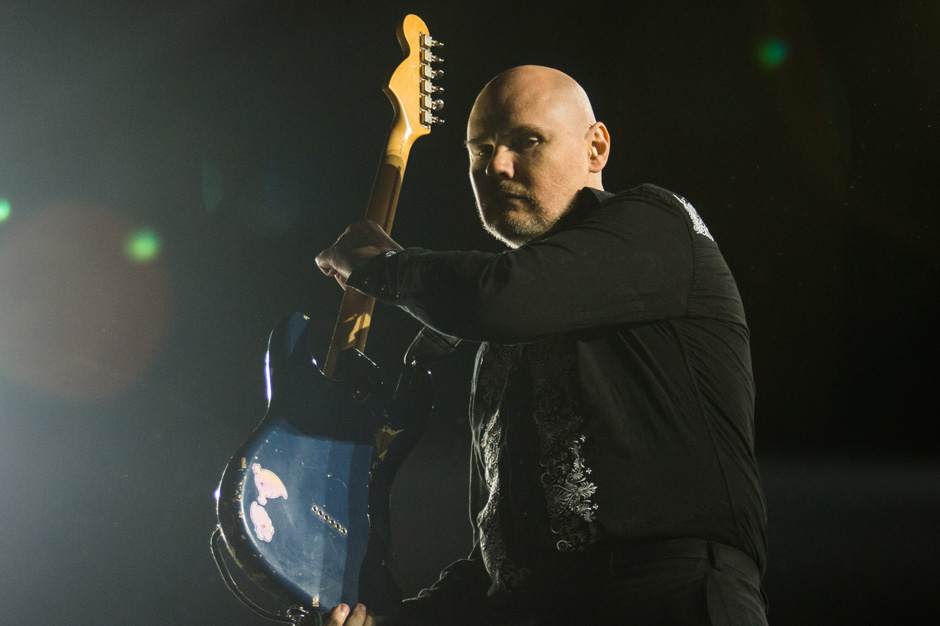 Some of you might know Billy Corgan as the lone member of the once-robust Smashing Pumpkins lineup. Others might know him as Senior Producer of Creative and Talent Development at Impact Wrestling. Well, now the almighty Pumpkin has found a way to join his two projects: selecting a never-before-heard SP track called “Roustabout” as the theme to Impact Wrestling.

According to Yahoo Music, Corgan had originally written the song for a future project but decided to release it as the new wrestling theme. You can hear it in the accompanying “Roustabout” clip, which Yahoo also debuted yesterday. The clip, which comes tracked by a showy-sounding synth-and-piano breakdown, features more face paint, spandex, and roided-out muscles than, well, anything Pumpkins-related. But when it comes to Stuff Billy Corgan Likes, you just never know.