The megastar raps the Nicki verse from the Jay Z song, also sings Spice Girls and her own hits 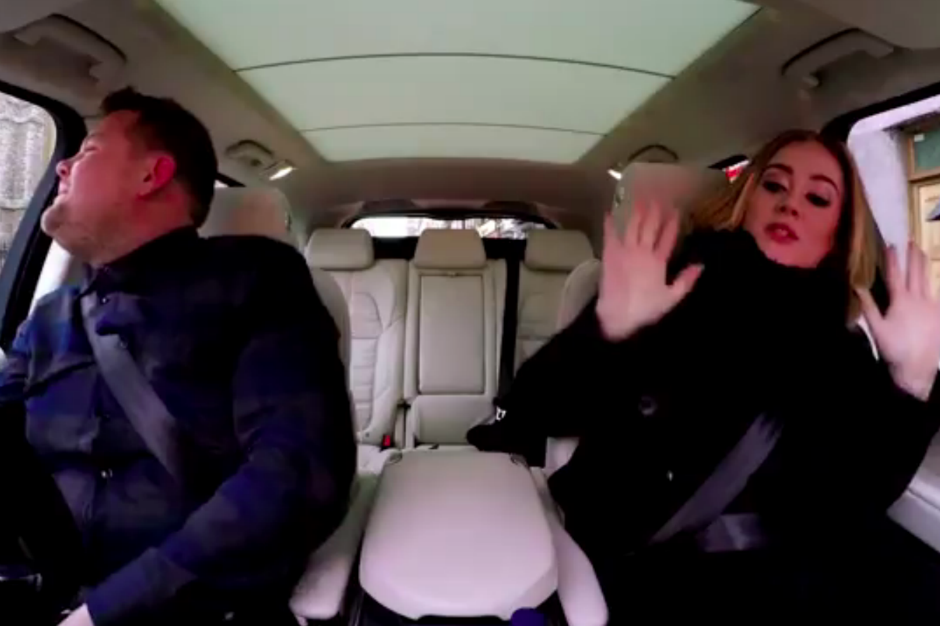 Adele is mad ratchet. I can’t take her😂 #UK #WutsGood

Adele’s approval rating with the general public is already pretty close to 100 per cent, but it’s somehow gonna get even higher with her “Carpool Karaoke” session on Late Late Show With James Corden last night. The full 15-minute ride featured the pop world-swallower singing along to many of her own signature numbers while riding around the U.K., including “Rolling in the Deep,” “Someone Like You,” and the recently deposed 25 chart-topper “Hello.”

But the obvious highlights feature her singing along to a couple decidedly un-Adele tracks. First, the Spice Girls’ late-’90s pop classic “Wannabe” — Ms. Adkins says she was a Ginger Spice acolyte back in the day — and then, the revelation: Nicki Minaj’s star-making guest turn in Kanye West’s “Monster.” Not only does she know all the words, but she has the hand motions and general f**k ‘em for living attitude of the Nicki original down pat.