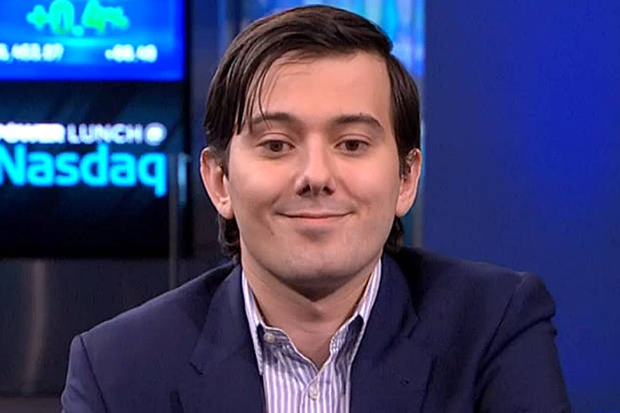 Martin Shkreli, a 32-year-old pharmaceutical executive who infamously raised the price of a life-saving AIDs and cancer drug from $13.50 a pill to $750 a pill, is the proud owner of the Wu-Tang Clan’s one-of-a-kind album. A lengthy piece in Bloomberg Business about the sale of the LP, Once Upon a Time in Shaolin, revealed the identity of the mystery buyer of the million-dollar record as the man who was unrepentant after he raised the price of the aforementioned drug, Daraprim, by 5,000 percent. “It’s a business, we’re supposed to make as much money as possible,” he explained at a Forbes healthcare conference later.

According to Bloomberg, Shkreli was worried that his reputation as a comically evil, amoral price-gouger might make the Wu-Tang Clan not want to sell to him. “I was a little worried that they were going to walk out of the deal,” he said.

The article goes on to reveal that he hasn’t even listened to the album yet, but he might if Taylor Swift wants to hear it:

He’s saving that for a time when he’s feeling low and needs something to lift his spirits. “I could be convinced to listen to it earlier if Taylor Swift wants to hear it or something like that,” Shkreli says. “But for now, I think I’m going to kind of save it for a rainy day.”