Glass John's got some explaining to do 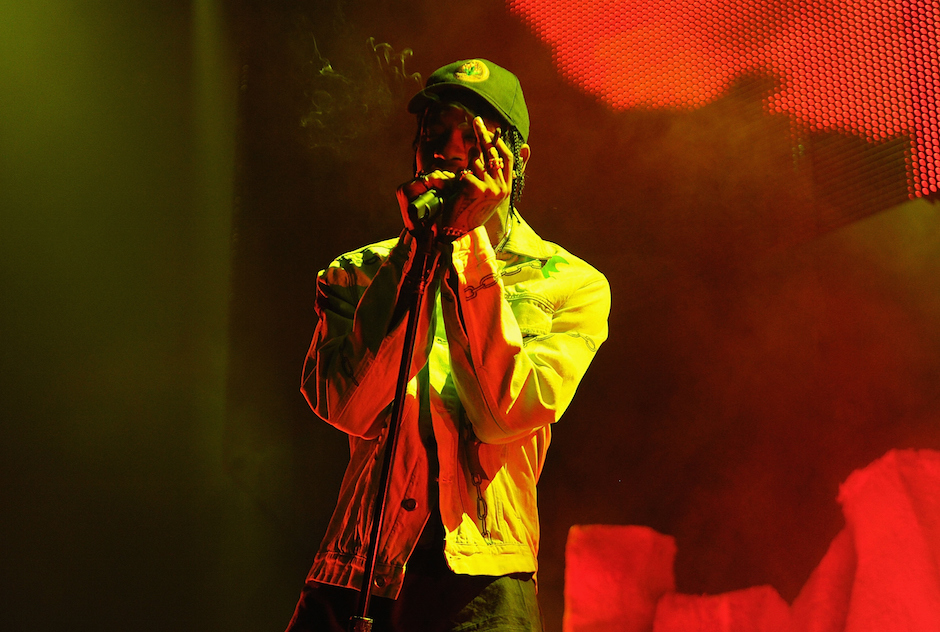 If you’ll recall, a songwriter named Glass John spent much of the weekend (and continues to do so today) ranting on Twitter about his involvement with Rihanna (someone he said was his legal wife, which, sure) and her forthcoming album Anti. As part of his screed, John blamed Rihanna’s rumored flame Travi$ Scott — the Rodeo rapper whose “Antidote” has proven a surprise hit on Top 40 this winter — for the record’s delays.

Now in a swift, straight-to-the-point rebuttal, Scott has responded via Snapchat. “Don’t believe this s**t,” he wrote over a picture of an article talking about John’s accusations. As a reminder: Rihanna insiders told SPIN yesterday that John’s statements were untrue, so it seems like we can tie this messy situation up with a bow and move on from it forever. Check Scott’s rebuttal below via XXL. 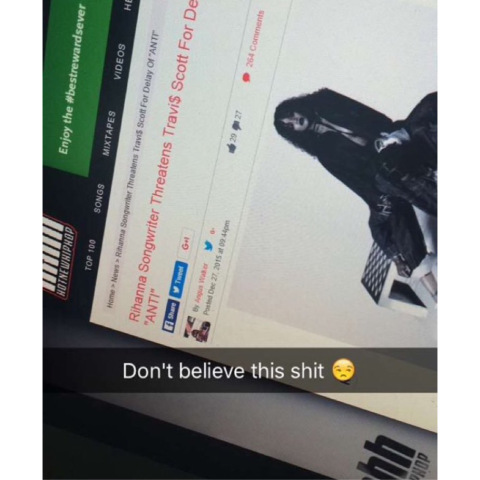