Spoon broke out a cover of the Beatles' "Hey Bulldog," and Flowers performed "Instant Karma" 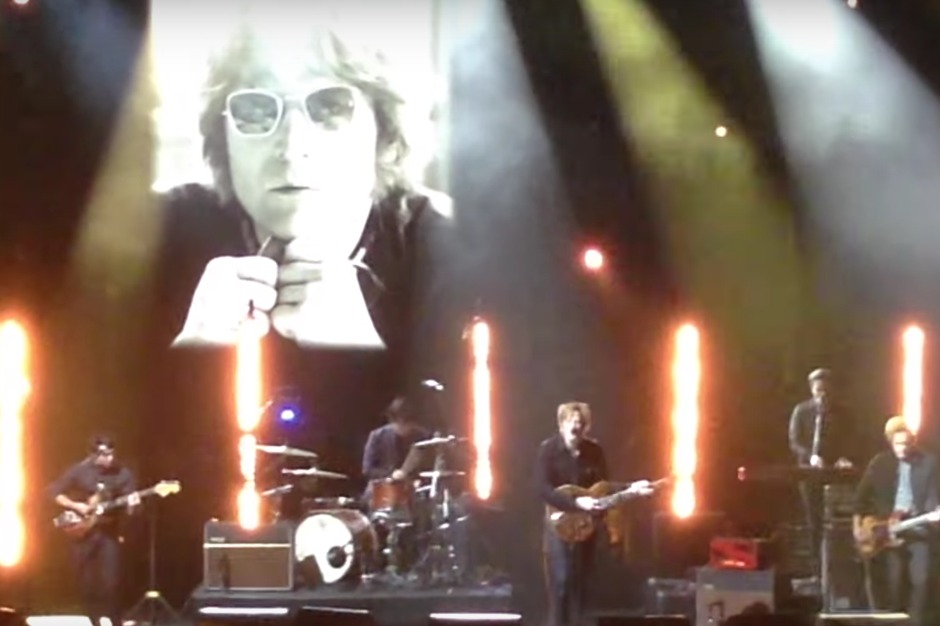 During the show, which was emceed courtesy of Kevin Bacon, Spoon performed a cover of the Beatles’ Yellow Submarine song “Hey Bulldog,” and Flowers played Lennon’s 1970 solo single “Instant Karma!,” plus the Beatles’ 1969 track “Don’t Let Me Down” with Stapleton and Crow. Church also played a rendition of Lennon’s 1973 cut “Mind Games.” To close out the show, everyone came together for the finale to sing the Beatles’ ultra-famous “All You Need Is Love.” Watch some fan-shot footage below via Stereogum.