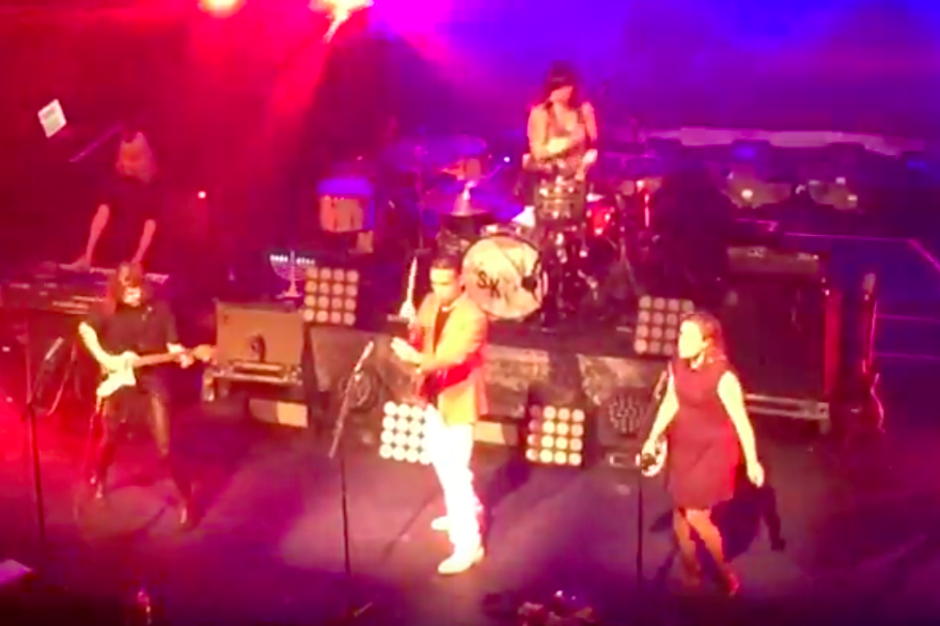 Say this: Once you’ve seen Sleater-Kinney and Fred Armisen play “Rock Lobster” together, you wonder how they ever pretended to be anything but a B-52s tribute band in their nine-to-fives. The punk greats and their funnyman friend-of-the-family played through the surf-wave classic last night at New York’s Terminal 5, Armisen working the cowbell and running-man-ing all over the place, while S-K’s Corin Tucker shrieked in her best Kate Pierson warble. The outfit played with a menorah displayed on top of one of their amps, and it’s unlikely anyone in the crowd got a better Last-Night-of-Hanukkah present yesterday.