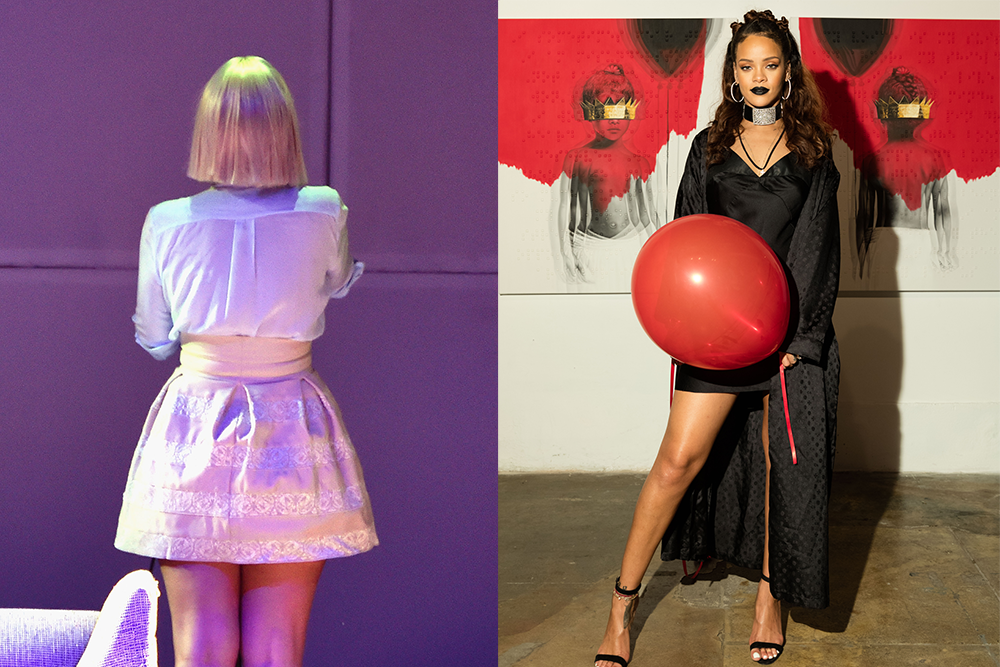 The greatest trick the devil ever pulled was convincing the world he did not exist. The greatest trick Rihanna ever pulled, meanwhile, is convincing the world that her upcoming album, Anti, does exist. Though she’s been teasing her eighth album for about 19 months, #R8 has yet to drop, and there’s no indication it’s going to arrive at any concrete date soon. According to “Chandelier” singer Sia, Anti may not even be done.

Last night, when the clock struck midnight, former pop star Rihanna did not surprise-release her long-awaited album after a lengthy campaign buildup
MORE >>

During an appearance on Jo Whiley’s BBC Radio 2 show this past weekend, Sia said that Rihanna had recently come to her looking for songs to put on the album, according to NME.

“The other night she came over and listened to half of 25 songs I played her because she’s still looking for songs for her new album,” Sia said.

“She was there to listen to songs and see if there was anything that she was into,” Sia continued. “It was a business meeting for sure. She took four [songs], but I don’t know if they’ll end up [on the album].”

Sia has written for Rihanna before, having penned her 2012 single “Diamonds.”

Look for Anti when it drops some time before the heat death of the universe, via Roc Nation.