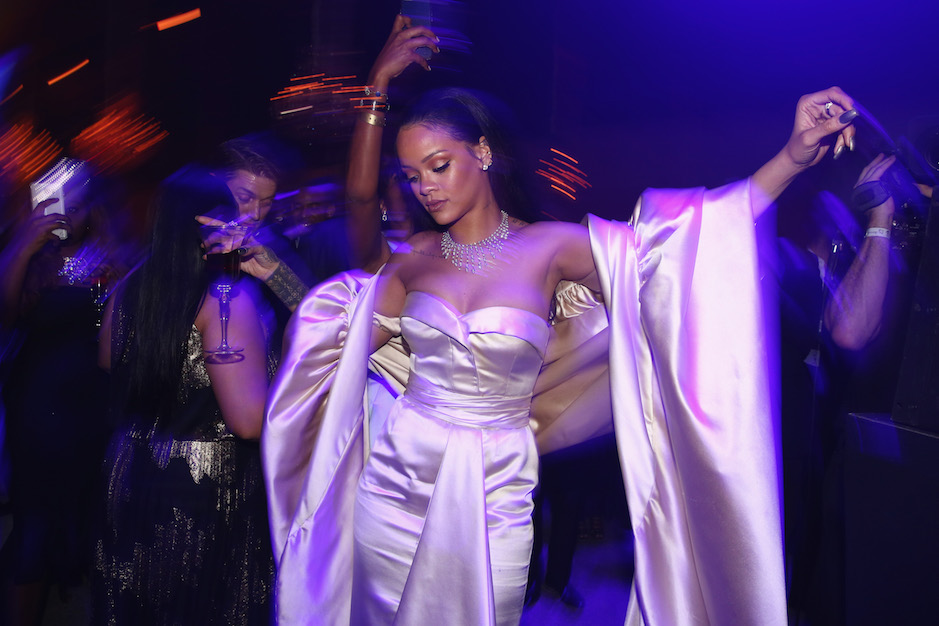 Over the weekend, a man claiming to have written a track on Rihanna’s forthcoming eighth album Anti — which still seems very much a work in progress — leaked a minute-long demo of a song called “Kiss It Better,” a snippet of which the Barbadian singer herself Instagrammed over a year ago.

The songwriter in question — who goes by Glass John — claimed at the time of said Instagram that “Kiss It Better” had been written by himself and the Grammy-winning Jeff Bhasker. Though he seemed credible initially, over the past two days John has spiraled into unbelievability with a series of tweets that claim he is married to Rihanna, that the singer is being controlled by Travis $cott, that Anti has been done for over a year, and that the government is out to get him.

and well the government is getting involved because they said the attention i’m drawing is putting me in danger..

Though Rihanna and her team could not be reached for official comment, insiders tell SPIN that John is unstable and that his tweets should not be considered verifiable information, a fact that’s made itself abundantly clear over the past 48 hours. Though John has said Anti will be out soon — and that “Kiss It Better” and its video are due soon too — insiders say not to take him at his word.