Review: Pusha T Rocks Out With His Rocks Out on ‘King Push – Darkest Before Dawn: The Prelude’ 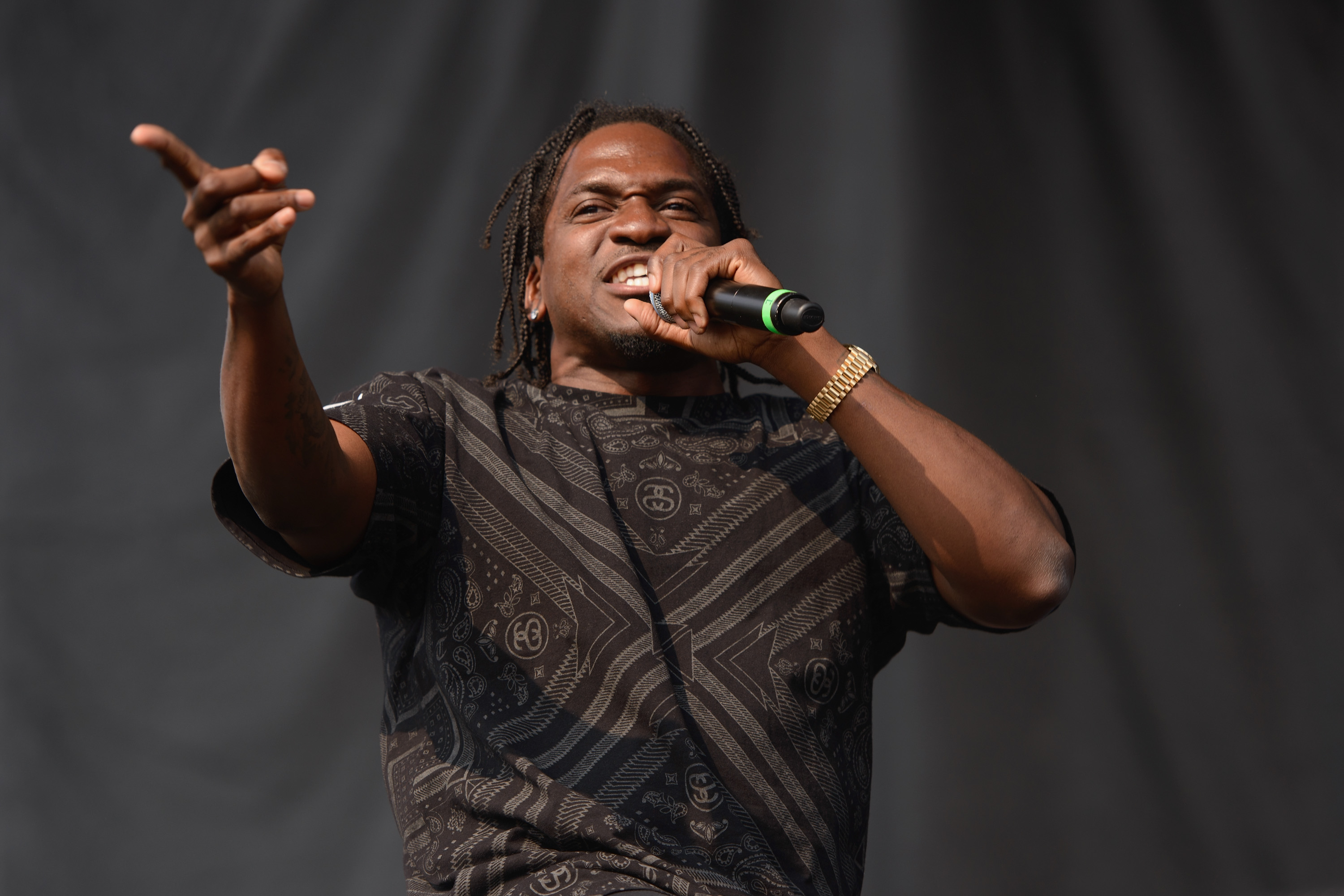 What’s so markedly scary about Pusha T is that he desires to be the villain. It’s not about machismo (he rarely speaks of women thus degrading them is rare) or even the almighty dollar (plenty of which he could make legitimately as the new president of Kanye’s label). As he spat with fiendish, maniacal glee on 2013’s My Name Is My Name, “I just want to sell dope forever / I just want to be who I am.” Or try his heel’s credo on the new “M.P.A.”: “They want to bury me / Because I’m anti-everything.” What is he? A pusher. Who is he? Pusha. His name is his name.

Wanting to sell dope is a jarringly unambiguous rejoinder to the hordes of coke-rappers who have a perspective that’s more socially acceptable. Some were forced to hustle on the corner to stay alive. Some were just trying to procure some capital to put out their mixtape. Maybe a buddy needed help. Maybe it sounded like a thrill but they had other plans for further down the road. But Fetty Wap Pusha is not. And his music would come off antisocial, or worse, if he wasn’t an absolute jeweler of a lyricist. In Clipse, his sinister rasp bore clean precision as a wordsmith. He would offset this with a self-consciousness of his “obnoxiousness” that made for rap’s ultimate sorry-not-sorry anthem on the 2006 classic Hell Hath No Fury. One minute he’ll compare himself to Socrates, another he’ll “have your body parts mixin’ and matchin’.” The Pusha T character is a sociopath, but at the end of the day, one of the most powerful men in the world entrusted the real Pusha with a company. So charm and craft win out, whether it’s all true or not. He’ll never snitch, and we’ll never know.

We do know that Darkest Before Dawn: The Prelude is a fabulous album, even though it’s merely a sample to whet our appetite for the real product, King Push, next spring. It sprints all the way to the half-hour mark without taking a powder, with shattered storytelling (“How I blew my first million / Luckily there was something in the ceiling”), dead-eyed axioms (“Dope is like a two-way street”), and Olympic rhyme schemes ( “swordfish” hissing into “Curious Georges”). And here’s something new: the occasional poly-sci aside, like “F**k Donald and his pledge,” or the entirety of “Sunshine,” which damns America and Don Lemon for Freddie Gray. But if any theme arises, it’s on the vituperative “Crutches, Crosses, Caskets,” which indirectly sticks it to those all-the-feels Drakes and Chances by drawing a line in the snow: “Rappers is victimized at an all-time high / But not I.” He also makes examples of ‘em while they take samples of ‘em.

And however retrograde (or pure) the subject matter, The Prelude is musically somehow grandiose and economical at the same time, with the Kanye-lacquered “M.P.A.” serving as a near sum-up of My Beautiful Dark Twisted Fantasy. There’s a gorgeous, harmonized intro, then an even more “Gorgeous” piano/tambourine/guitar instrumental. “Keep Dealing” is the missing link between Beanie Sigel and “Exit Music (For a Film),” with Pusha chanting all kinds of koans like the “Ten Thousand Crack Commandments”; “Talk numbers but never talk ‘em to me though / When you the link to what fits in the keyhole,” he riddles.

Pusha has dabbled in various EDM collabos over the past year but none of that dares to rear its smiling head here; closest would be the glassy synth pings and dead-Donkey Kong bass line of “Retribution,” which is also frequently drumless. But every note fits. Every key has a keyhole. And King Push proper would be hard-pressed to beat this small wonder of great cameos (the always-undervalued Jill Scott, sampled Biggie), productions (in a first, Timbaland manning the boards on the eerie “Untouchable”), and block quotes (“I’m the L. Ron Hubbard of the cupboard”) here. But we said that about My Name Is My Name after Fear of God II, and now The Prelude after My Name Is My Name. He’s untouchable, which suits a guy whose feelings are encased behind hard rock. And Momma, he’s not sorry.