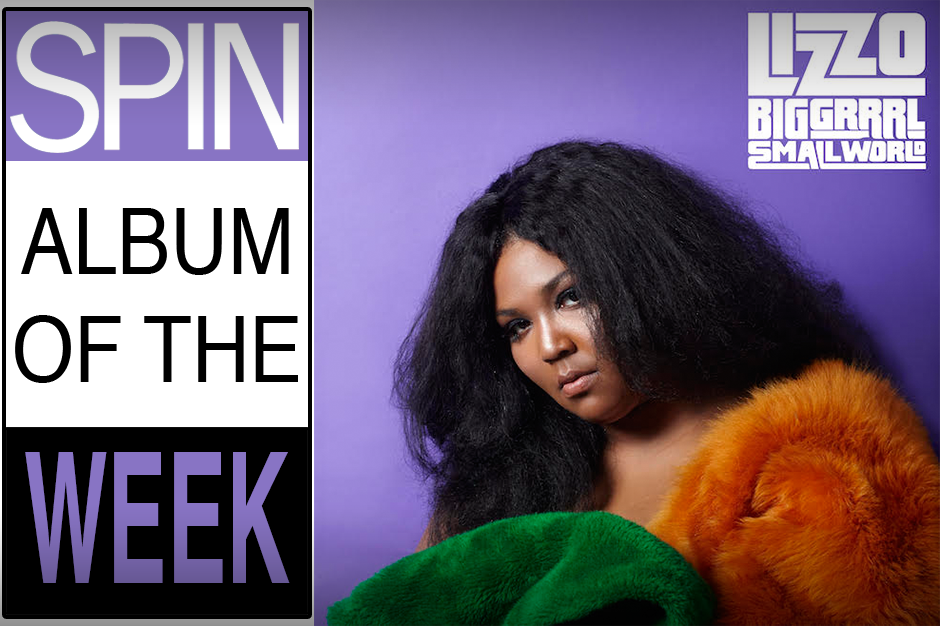 Lizzo’s hardly the first artist whose personality is so big you can hear her struggling to corral it onto one album, much less one song. Her fellow Minneapolis hometown hero Prince has kept up a career of that, and so has her forebear Nicki Minaj, a major influence on the 26-year-old’s outsized schizoid rhyme schemes and voices. Just check how the rapper pronounces “Anna Win-turr” to rhyme with Ben-Hur on 2013’s clarion Lizzobangers, which also contained lines like “I’m giving niggas headache like a mistake on your wedding cake” and jokes about Sixpence None the Richer.

Live performances seem to do her justice though, as she swiped the rug out from under Sleater-Kinney in 2015, who surprisingly, and winningly, chose the rapper to open for their reunion tour, exposing their audience to a woman of color and size who dominated the stage with phenomenal power. Colorful videos are her métier as well. Lizzo’s greatest song is her 2013 viral breakthrough “Batches and Cookies,” but the clip is something else, a mélange of “God loves gays / Hate is stupid” protest signs, putting out balloons with a cigarette, and two dudes lasciviously munching maple bacon donuts. If she never equals the “Batches” video again… well, most sex isn’t that good, either.

Her second album, Big GRRRL Small World, is more of a strong sum-up than an explosive progression. Her orbit of star power — Prince invited her and her touring hypewoman Sophia Eris to appear on last year’s “BOYTROUBLE,” and Justin Vernon does invisible things to one song here — hasn’t made her any hungrier for hits or drastic changes. Touring with the vegetarians in Sleater-Kinney has not caused “Worth more than a dinner date at Fogo de Chao” to get snipped from the lyrics.

Contrary to “Batches and Cookies,” she’s not much of a catchphrase rapper, bigger on internal rhyming and obtuse references; is she dissing the misogynists in N.W.A on “Ride” when she says, “So I dip to the beat, N.W. / Some of you don’t know what that is — good?” Good. One of her most socially conscious lines, “Come on, come on, welcome to Earth / We like to kill each other, turn each other to dirt,” might be referencing Independence Day.

She does opt for a new structural fanciness a few times on World, switching to a gorgeously out of tune New Orleans piano halfway through opener “Ain’t I,” the way a Deafheaven track gives way to ambient slide guitar. And then it bursts into a swarm of synths to finish off. “The Fade” gives way to an easy-listening sax solo for the final 20 seconds. (Eat your heart out, Dan Bejar.) Musically, she’s as versatile as ever, with “1 Deep” sounding like Big K.R.I.T. at his most reflective, until she starts singing and then it uncannily resembles, lol, Lana Del Rey’s “Off to the Races.” These jarring comparisons are subtler and more folded in than they seem. There’s no obvious singles like “Bus Passes and Happy Meals” or “Let ‘Em Say” on Big GRRRL Small World. Definitely no “Batches and Cookies.” But you have to love that she resisted the idea of capitalizing on it; despite her famous friends, World is out on her own BGSW imprint. Lizzo’s only going to succeed on her own terms.

And she does, promising “to be the baddest chick who ain’t naked,” proclaiming, “Let the big girls tell it” before sampling a little girl’s voice, and, on the closing “Jang a Lang,” including a skit of an about-to-be rebuffed white girl asking to touch her Afro. On “The Fade,” she draws a clear line in the sand about “artistry” that would make Kanye jealous: “They ain’t the best cuz they ain’t in they lane / How can you try to be something you’re not / That is not art, let me explain.”

Lizzo’s at her best on self-love though: The ghostly arena-reverb grandeur of “The Realest” begins with the decree “I’m taking all of my time, all of it,” and talks about stretching out her showers and her soundchecks. She understands the value of me-time even better than 2 Chainz; as a self-described “big girl,” she had to actually fall in love with herself. Patriarchy doesn’t let women do that from the beginning.

The very next track, “En Love” teases that she’s about to sing an Auto-Tuned paean of devotion to a very special someone. “I’m in looooooooooove,” she sings, before the Drop: “With myself.” And then she talks about the virtues of smacking her own ass to watch it jiggle, and leaving “thirsties by the well.” After separate claims that men are boring and that Jesus made them “to please us,” comes the best line: “All these years been searching for that someone to complete me / Who knew it would be me.” Big GRRRL Small World sounds like the work of someone too tireless to limit herself to genre lines or defined boxes, and it’s hard work resisting rap’s numerous pigeonholes, especially when you’re a woman of size. When Lizzo says she hasn’t seen the back of her eyelids “in, like, a week,” believe her. Also believe her that she’s the baddest.