Review: Jeremih Finds Vision in the Darkness of ‘Late Nights: The Album’ 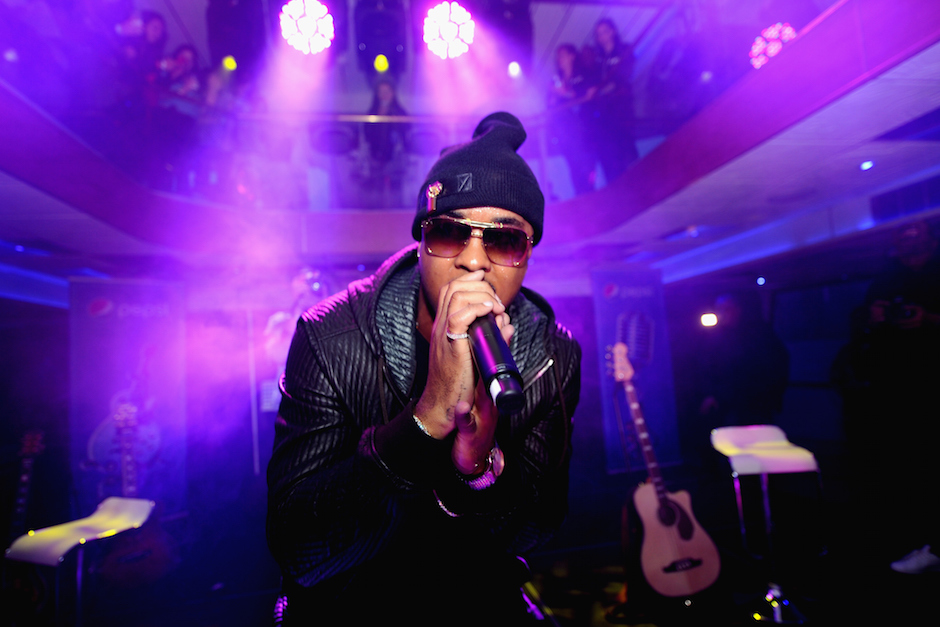 Watching an album delicately slip out in the world can be a bit like peering into a delivery room — it’s messy stuff, but capable hands keep the newborn intact and ready to (rapidly) grow into its full potential. In the case of Jeremih’s long-gestating third album Late Nights: The Album, the attending doctors fumbled, repeatedly. Since forming this album’s older brother, an unexpectedly epochal mixtape similarly titled Late Nights With Jeremih, each release from the Chicago singer-songwriter born Jeremih Felton has been one self-assured step further from the borderline novelty single that brought him to fame. The recycled title is appropriate for both works — his is a take on neon R&B that celebrates the darkest nights of the soul, but as he came ever closer to distilling that glowstick juice into something strictly intoxicating, Def Jam would come along to knock him on his ass. Lesser records wouldn’t survive such a botched birth, but Late Nights: The Album will.

June 2014 marked the release of “Don’t Tell ‘Em,” a DJ Mustard-produced party jam with a Snap! interpolation that crackles and pops along with the best herky rhythms of synth-pop’s ensuing two decades. With a YG verse that followed up on the phone number spewing jubilance of an earlier Jeremih gem, it should have been the hit that liberated his already long-awaited record from his label’s clutches. It did end up peaking at a more than respectable number six on the Billboard Hot 100, but afterwards there was only silence. These are the frustrating fits and starts with which Jeremih has moved in the wake of the first Late Nights. There’s hints of brilliance, and then nothing — the promise of a collaboration with a similarly ecstatic citymate, and then a J. Cole verse A&R’d into its place. That latter verse — uncomfortably, uh, shoehorned phallic reference and all — unfortunately remains on the final version of Late Nights, almost a whole year after “Planes,” the song it’s featured was initially released. It’s titled here with a “z,” instead of an “s.” Nobody else gets it either.

What they do get is the subtle infectiousness of Jeremih’s latest iteration, the final promise of the jittery gallop he’s suggested since first wobbling to a start with “Birthday Sex” now six years ago. The wonderfully filthy lyricism, the exit-sign ambience, and the heartbeat of his collaborators’ simple drum pulses remain, but each aspect has only come more into focus over time. The result is a hyperreal depiction of hedonism: saliva that skips and smacks amidst cold flesh, drugs being passed, skin glistening just a little too plasticine. Everything feels just a hair unsettled, a sonic nod to the existential weirdness of bodies, even when he and pals like Ty Dolla $ign sing of “flavored oil” and “sucking on fingers” as they do on “Impatient.”

Where the mixtape was uniformly playful and light, full compelling promises of unending desire and a “call me” come-on that’d have even Debbie Harry picking up the phone, Late Nights: The Album muddles itself compellingly — embracing a stylistic diversity that lends the album a dimness and a sheen, glittery makeup caught in club lights and then just darkness. It’s a hard-earned drop of sweat in the (Frank) Ocean, as far as establishing him as one of R&B’s most universally respected names. But after Late Nights’ wonderful conflict, you have to imagine that fans will be as insatiable for the next one as the cult of fanatics that have formed around Odd Future’s resident auteur.

Late Nights is gleeful and gross, but a hair less intentionally prurient than Ty, say, or Trey Songz — the singer/aesthetes closest to his rain-slicked lane. Jeremih’s no saint, certainly, but this album feels universal in its depictions of desire — his sexiness is satiable, his desires multifaceted, and the way he chooses to explore them deliberately diverse. It’s all nocturnal, but there’s moments of pill-drilled partying (“Don’t Tell ‘Em”), delicate intimacy (“Oui”), and the contented aftermath (“Paradise”) — impure post-coital bliss. It’s a haze, reflective of the real world consequences of living out the entirety of your life in the twilight hours. Or maybe it’s just the head trauma, from the setbacks and knockdowns that threatened to abort this record before it had a chance to even enter the room. Either way, the beauty’s in the blur.