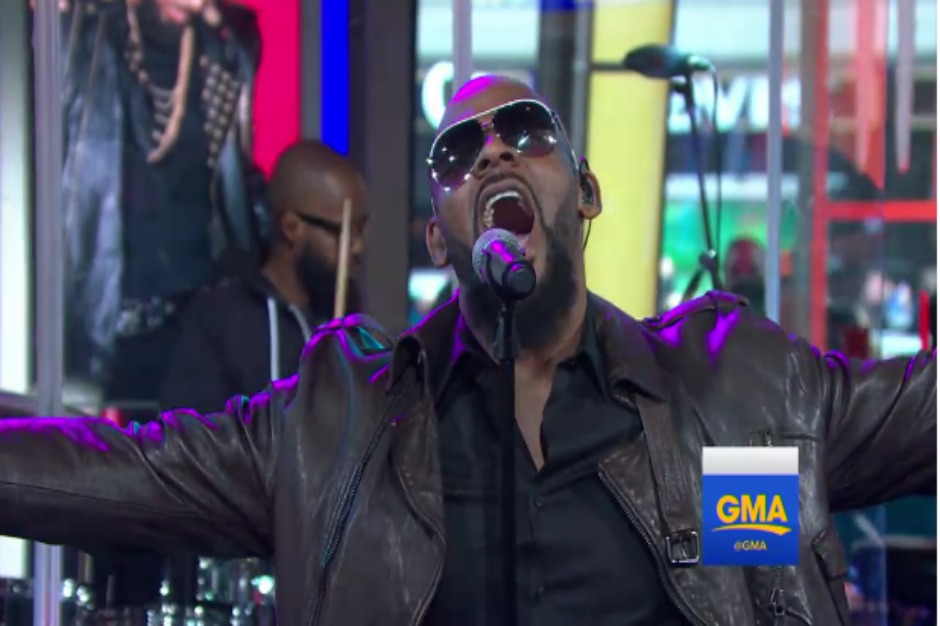 R. Kelly stopped by Good Morning America yesterday, amidst touring, to tout his new album, The Buffet.  The appearance went much better than the one a week and a half ago, when he stormed off Huff Post Live mid-interview. Kelly began with his new Buffet single, “Backyard Party,” a song that sounds like something you might hear backgrounding an Old Navy commercial. After a few bars he transitioned to America’s should-be-National Anthem, “Ignition.”  No offense to the former, but the latter remains the actually perfect song for a backyard party. Watch his performance here.