For possession of an undisclosed controlled substance in Beverly Hills 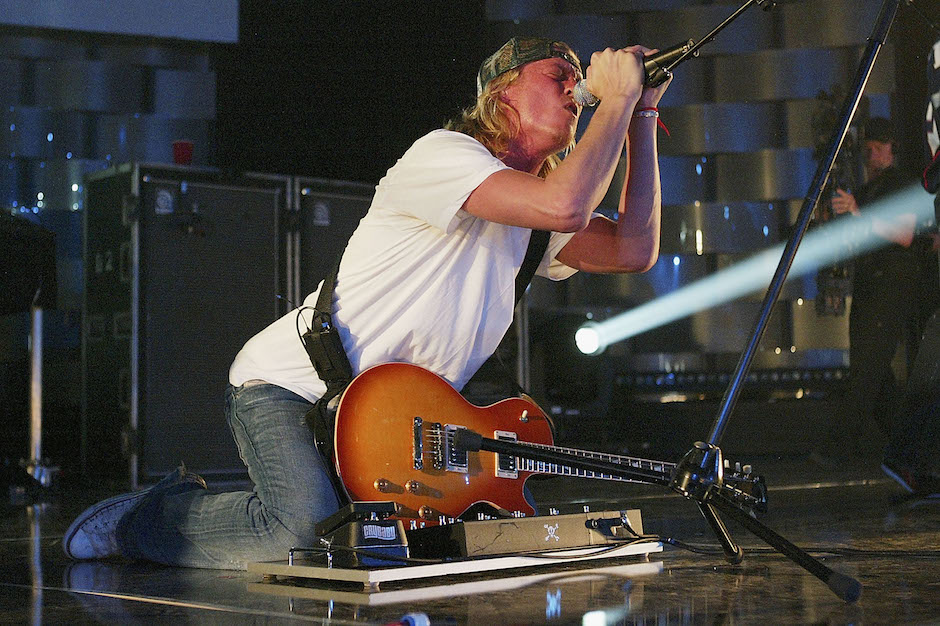 Puddle of Mudd’s singer, Wes Scantlin, has been arrested for the fourth time this year following a routine traffic stop that turned up “an unspecified controlled substance” according to Rolling Stone.

Following prior 2015 arrests for crimes that included riding around on a baggage carousel in Denver Airport, fleeing arrest and DUI in Minnesota, and possession of marijuana and DUI in South Dakota, Scantlin was pulled over in Beverly Hills last week for expired registration tags. The officer realized quickly that a warrant was out for the singer’s arrest, and a deeper search of the vehicle uncovered the aforementioned unspecified substance.

Scantlin was arrested and charged with misdemeanor drug charges. His bail was set at $51,000, which was posted hours after his booking.