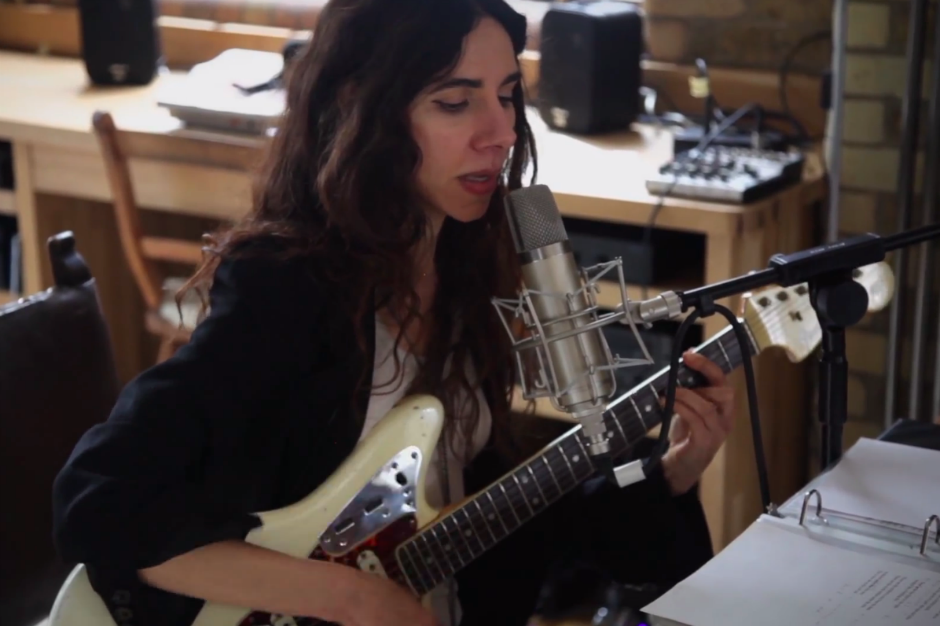 Having debuted a number of songs at a show at the Royal Festival Hall in London this October, it seemed like PJ Harvey’s long-awaited LP follow-up to 2011’s Let England Shake was imminent. Finally, we have official word: The still-unnamed album, recorded as part of a London museum exhibition, will arrive in spring of 2016, according to a 30-second trailer Harvey shared today. The clip sees the brilliant singer/songwriter wailing over a crunching, monotne guitar riff in her studio, intercut with still shots of her visiting various ruins. Watch here, via Pitchfork.