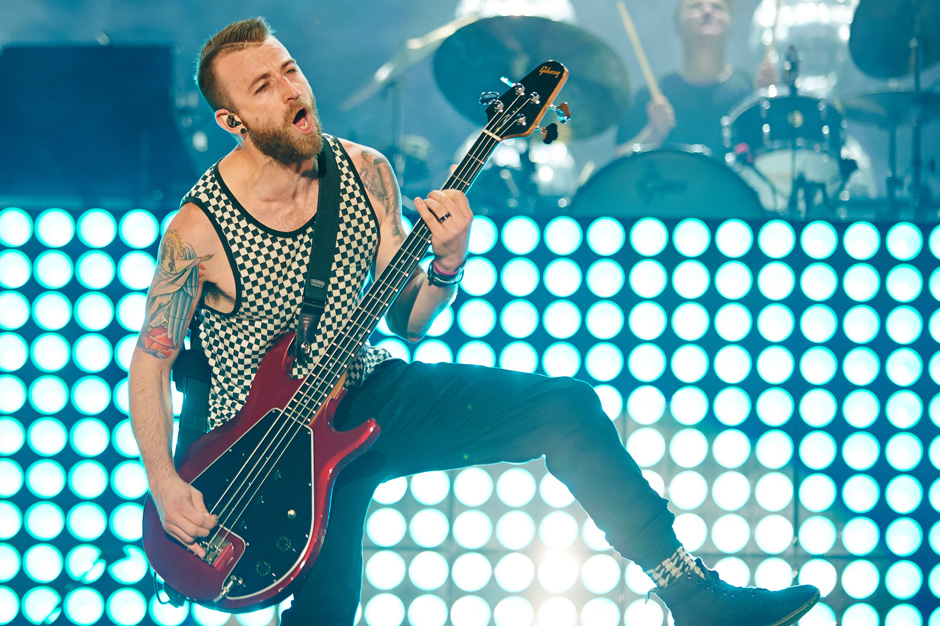 Paramore has announced that one of its final two founding members, bassist Jeremy Davis, will leave the band effective immediately, just months before the band’s first scheduled performance of the New Year at their 2016 Parahoy! cruise in March.

“These last few years have held some of the most fulfilling moments we’ve had yet… as people, as friends, and as a band,” Paramore wrote on Facebook. “The Self-Titled era was one that we knew would be important for us but also one we’d eventually have to move on from. In moving forward, there is growth, pain, and change… and sometimes the change is not at all what you hoped for. We’ve written and re-written this countless times and there’s just not a good way to put it… Jeremy is no longer going to be in the band with us. To be honest, this has been really painful. After taking time to consider how to move forward, we ultimately found that we really do believe Paramore can and should continue on. And so we will.”

We’re really thankful for the people who have helped see us through hard times before and what we’ve discovered is that those people are just as much a part of this as we will ever be. We’re hopeful for Paramore’s future and we’re also excited for what Jeremy’s going to do next. Thank you all for your support and your belief in us. It’s kept us going. We will see some of you really soon on Parahoy. If you’re not coming on the cruise, we will still see you in 2016.

In 2010, Josh Farro and Zac Farro — also cofounders — left Paramore in what was at the time quite a nasty split. “For the last year it hasn’t seemed as if they wanted to be around anymore,” the remaining members said at the time.