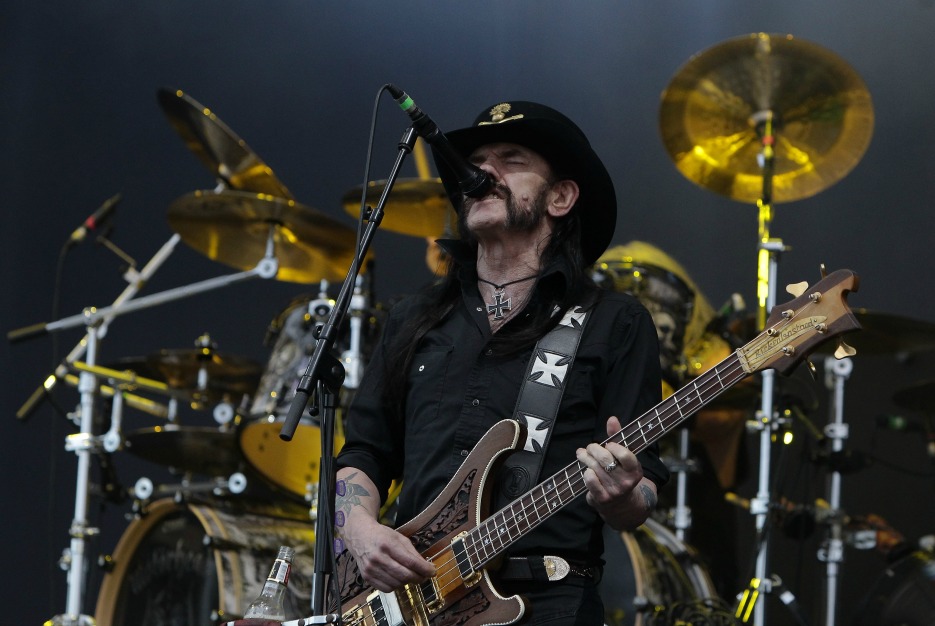 The outpouring for Motörhead’s gruff bassist and singer Lemmy, who passed away at the age of 70 on Monday, has continued in the days since his death. Some of Lemmy’s closest friends, who happen to be some of the most epic rock stars of the past half century, touchingly eulogized the metal legend in a way that’s not so conducive to 140-characters. The two common chords: The dude was a character who lived as hard as he rocked; and, in Ozzy Osbourne’s words: “There’s a big hole in the music industry as far as I’m concerned.”

“Me and Lemmy go back a long time. We used to have a standing joke with each other, “Which one of us is going to go first?” But I curbed my ways, staying up all night and all that shit, a long time ago. But Lemmy said to me one time, “What’s the point of living to 99 if you’re not enjoying it? It’s my life and I want to have fun with it.” And he lived to 70. And the way he lived, smoking cigarettes, drinking and all that, he knew he wouldn’t be doing it. You can’t live that lifestyle and live ’til 99. Very rarely, some people can. Most of us drop off along the way.”

“He was so Lemmy all the time.

You can’t overstate the degree to which Lemmy was the real deal. He was authentic. There are a lot of guys in bands who drape on the accoutrements of skull and crossbones, but it felt like Lemmy probably was a brigadier general in some sort of heavy metal Harley-Davidson skeleton army. It all came from within. He was real. And he was someone who loved both punk and heavy metal. He and his band straddled both of those genres and had earned a lot of respect.”

“A lot of people are going to talk about what a tragedy it is that our friend Lemmy died, and lament how sad it is. But I am going to talk about this: the man lived,” Taylor wrote. “He lived his life on his terms right up until the day he died. He played the music he loved. He never compromised, on style or volume. If there was ever a man who took no shit, prisoners or safe routes, it was Lemmy Kilmister. He was everything you wanted him to be: raw, loud, rude, funny and ready to play for his fans – which he did even when he had trouble getting on stage.”

“Lemmy was truly a one-of-a-kind in rock ‘n’ roll. He was innovative, true to his art and continually relevant even though he never cared about being relevant. He was always creating and redefining hard rock and the role of bass within it. Off stage he was a gem. I can’t think of anyone who didn’t adore Lemmy. He was such an original character in Rock, and I will truly miss seeing him out on the road. My condolences to his family, his band mates and rock fans everywhere. This loss is great.”