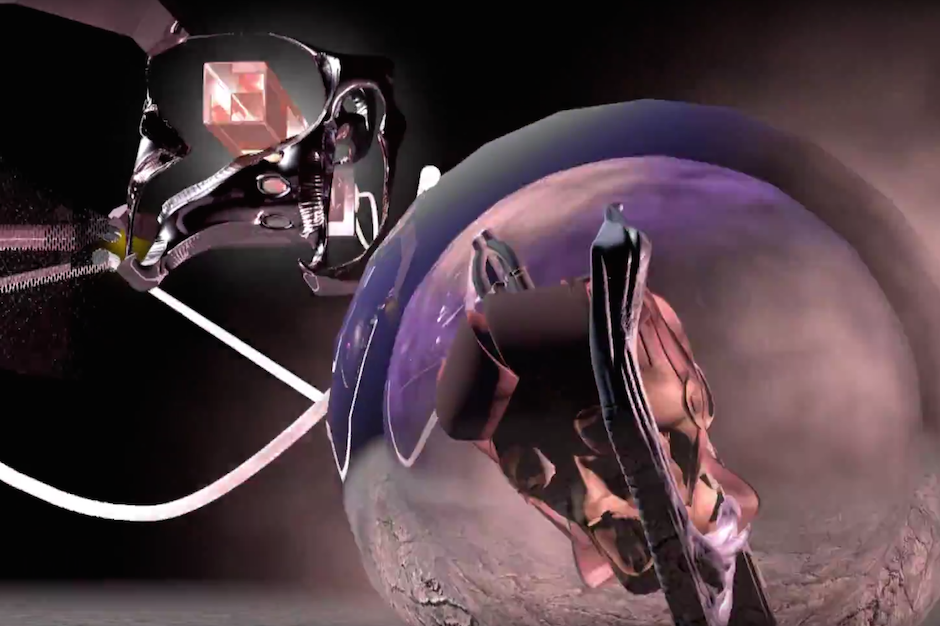 Oneohtrix Point Never has consistently tripped out his visuals with glossy, oozing CGI re-imaginations of still-life paintings — as Dalí might have, if he were an analog synth-obsessed electronic musician.

Daniel Lopatin has applied these techniques to his and longtime collaborator and co-director Nate Boyce’s “Repossession Sequence,” a video — part of Channel 4 Random Acts Video Series in conjunction with Warp Records — that squelches together tracks from Garden of Delete (one of SPIN’s 50 Best Albums of 2015).

“Freaky Eyes,” “Ezra,” “Mutant Standard,” and an unnamed composition all jockey for sonic space as the clip’s “camera” floats through a mist-saturated junkyard, follows transparent bubbles filled with shrunken heads, and generally makes you feel like you’re on the most bizarre of acid trips. Watch it here, and find OPN’s upcoming tour dates below.