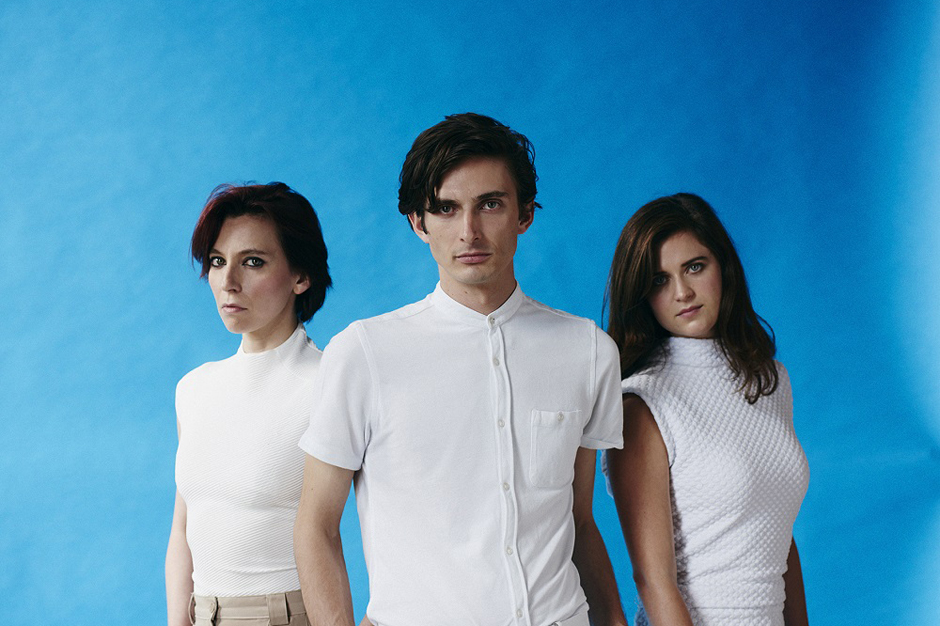 London dance/R&B trio NZCA LINES have hammered out a distinct narrative for their forthcoming record. Inspired by science-fiction standard bearers like Arthur C. Clarke, Brian Aldiss, J.G. Ballard, Clifford Simak, and Philip K. Dick, Infinite Summer is built around a futuristic story of an Earth under a sun that’s expanded to the size of a red giant, meaning that the human race will soon go extinct.

“Half of the world is covered by a city that clings to the past and embraces its destruction, whilst the other half is trying to rebuild, create, and make something new,” frontman Michael Lovett has said of the record. “Yet it’s good on both sides because it’s warm everywhere and people just party most of the time.”

To that end, the band’s sweaty new single, “Two Hearts,” plays out like it’s the end of the world, and everyone’s feeling fine — and maybe a bit vulnerable. “Don’t tell me we’re lost / ‘Cause I’ve been waiting for you,” Charlotte Hatherley (of Bat For Lashes’ live band and formerly of Ash) and Sarah Jones (of Hot Chip) beg in a bluesy tenor over a pulsing electronic beat.

“‘Two Hearts’ is about the push and pull of a relationship,” Lovett tells SPIN. “A pendulum swinging back and forth between joy and hurt, where the ultimate resolution always takes place in the middle of the night, under glaring lights, to a soundtrack of extremely loud music.”

Listen to “Two Hearts” below, check out the band’s U.K. tour dates, and grab Infinite Summer on January 22 via Memphis Industries.