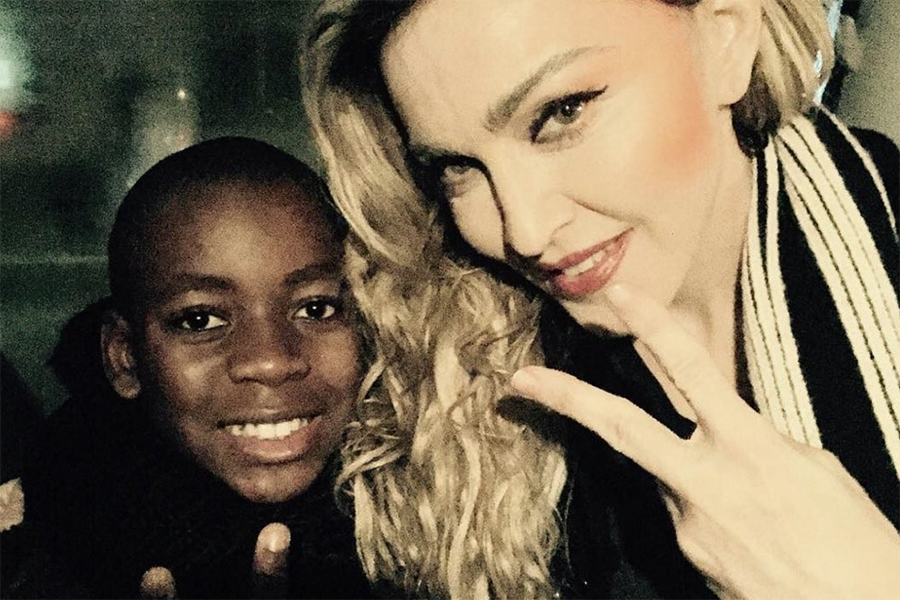 Madonna was in Paris last night and performed an impromptu concert of sorts in honor and remembrance of the 130 people killed in the November 13 terror attacks. Madge, alongside guitarist Monte Pittman and her ten-year-old son David, headed to the Place de la République following her show at the Bercy Arena as part of her Rebel Heart tour.

Express Yourself: What Is Madonna's Greatest Era?
As we prepare for — and, in some cases, reorganize — Madonna's 13th studio album, Rebel Heart, it's tough not to refect on the 56-year-old pop icon's career as a whole
MORE >>

Madonna performed acoustic versions of John Lennon’s “Imagine,” (one day after the 35th anniversary of the great Beatle’s death), along with singalong versions of her own songs “Ghosttown” and “Like a Prayer.”

“Everybody knows why we’re here,” the AFP news agency reports her as having said. “We just want to sing a few songs about peace, just to spread love and joy, and to pay our honor and respect to the people who died almost four weeks ago. And to spread light… we all need it.”

Watch videos of the performances shot by fans and passersby below.