CeCe Winans, Sara Bareilles, Janelle Monae, and more joined in on the festivities 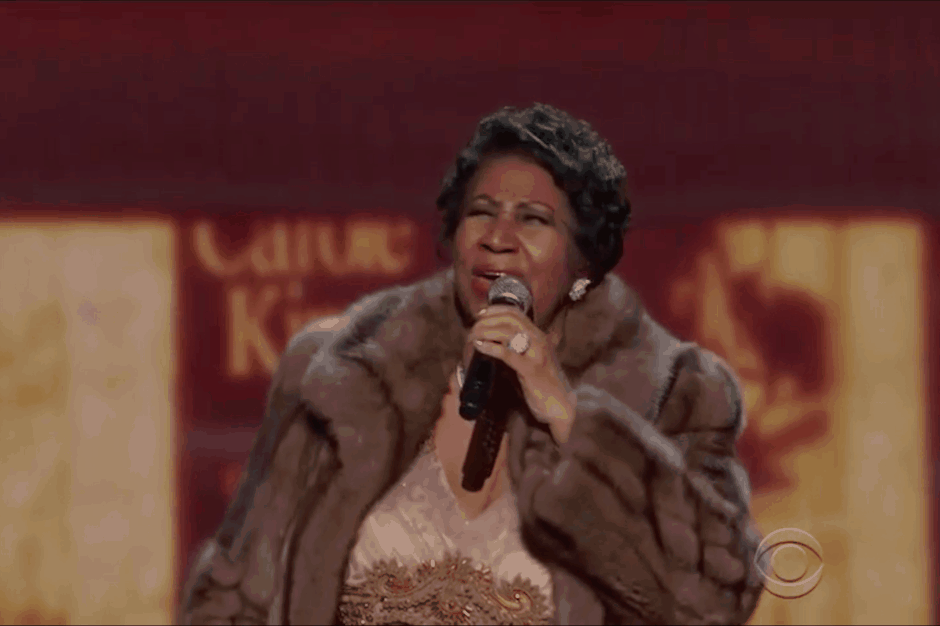 During last night’s PBS airing of the Kennedy Center Honors, Aretha Franklin strode onstage in a head-to-toe fur coat, sat down at a piano in said fur, and blasted her way through a heart-wrenching performance of the Carole King-written “You Make Me Feel Like a Natural Woman” to honor the iconic 73-year-old singer-songwriter. Franklin’s never been one to mince words, and last night’s to-the-point showstopper was a clear reminder to everyone in the house — including President Obama, who noticeably wipes tears from his eyes at one point — how vital a vocalist and powerhouse she still is.

Miranda Lambert also performed during last night’s show, delivering a subdued, stunning performance of the Eagles’ “Desperado” (the band was set to have been honored but bowed out due to a member’s illness at the last second). It was the type of demurely high-class knockout that’ll have people reconsidering Lambert’s industry status for quite some time.

Sara Bareilles (“You’ve Got a Friend”), Janelle Monae (“Will You Still Love Me Tomorrow” and “One Fine Day”), and James Taylor (“Up On the Roof”) also all performed in King’s honor, while CeCe Winans carried her rendition of “Blessed Assurance” to heaven in back, a tribute to actress Cicely Tyson. Watch footage of all of those performances below.