For his recently released album, 'Purpose' 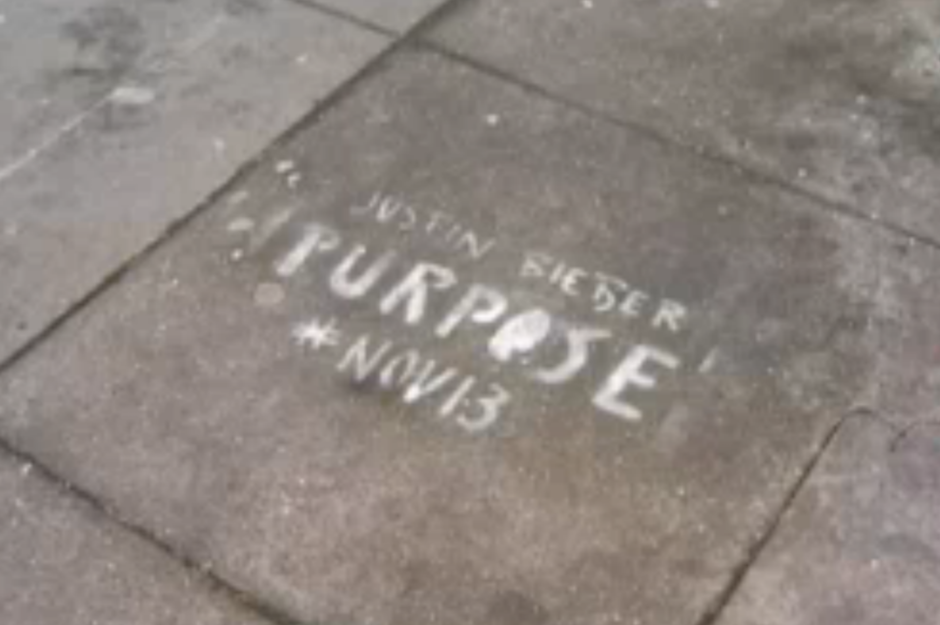 Justin Bieber’s Purpose campaign has hit the streets of San Francisco, literally: City officials have warned those responsible for spray-painting sidewalks with the names of the repentant pop star and his comeback album that they will be punished, according to NBC.

Though no one has stepped forward to claim credit for their handiwork, Herrera’s spokesperson Matt Dorsey — a noted Belieber, apparently — said eight pieces of evidence point to Bieber’s label. Watch a news clip of the case here.

Is it too late now to say sorry, Justin?