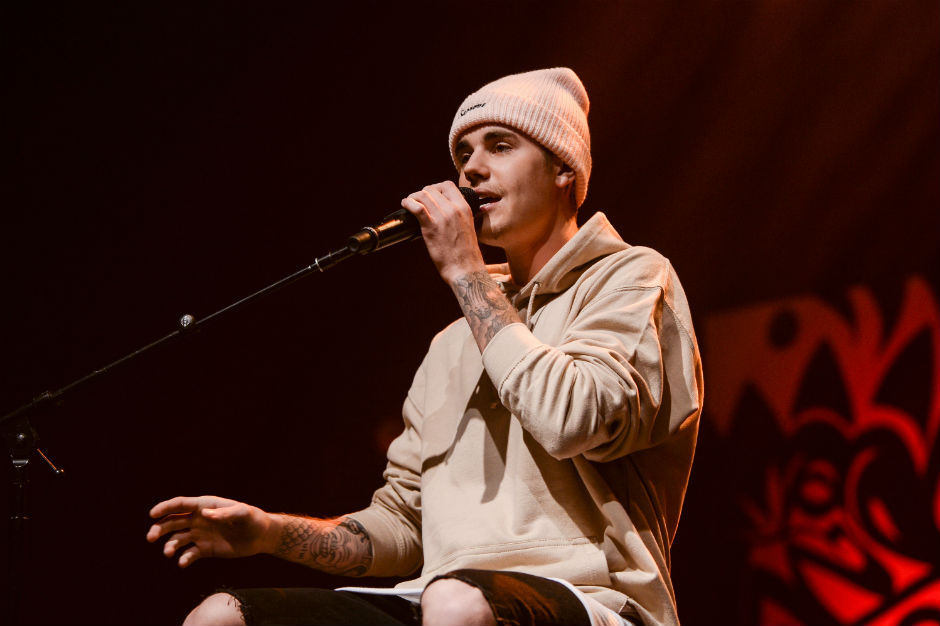 Having re-conquered the pop universe, Justin Bieber can afford to play the occasional quaintly intimate acoustic show for contrast’s sake whenever he gets sick of playing the world’s biggest arenas or festival grounds or open volcanoes or what have you. He did so last night at Toronto’s Danforth Music Hall, mixing old and recent hits with covers of the Bieb’s own pop canon, including the Beatles, Tracy Chapman, a smidgen of Jerry Lee Lewis, and of course his remix of fellow countryman Drake’s modern classic “Hotline Bling.”

Mild sacrilege to play “Let it Be” as part of a piano medley — especially with a song as petty as his shade-throwing breakup ballad “Nothing Like Us” — but the 1500-strong crowd likely had few complaints on the evening. Watch his Beatles spin here.