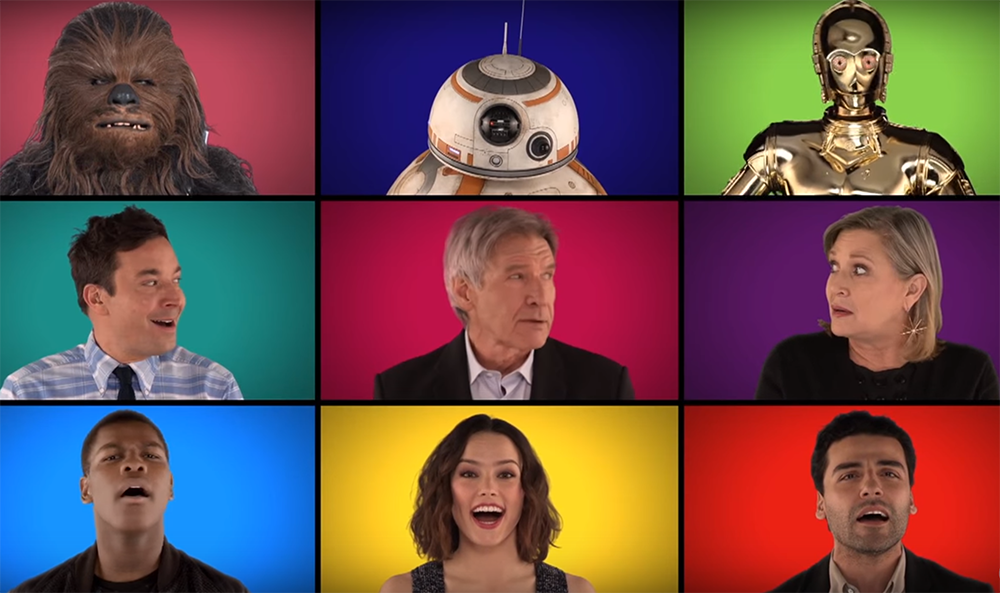 Star Wars: The Force Awakens opens in theaters on Friday, and to celebrate our return to a long time ago and a galaxy far, far away, Jimmy Fallon got the cast of the film to join Tonight Show house band the Roots for an a cappella theme medley. Carrie Fisher, John Boyega, Daisy Ridley, Lupita Nyong’o, Oscar Isaac, Gwendoline Christie, and Adam Driver — channeling his scene-stealing turn in Inside Llewyn Davis — “ba-dum’d” their way though John Williams’ main Star Wars theme and “The Imperial March.” Chewbacca, R2-D2, C3-PO and BB-8 also made appearances. A largely unenthused Harrison Ford even makes a brief appearance at the end. Check it out below.