Including "The Muffin Man" and "Ba Ba Black Sheep" 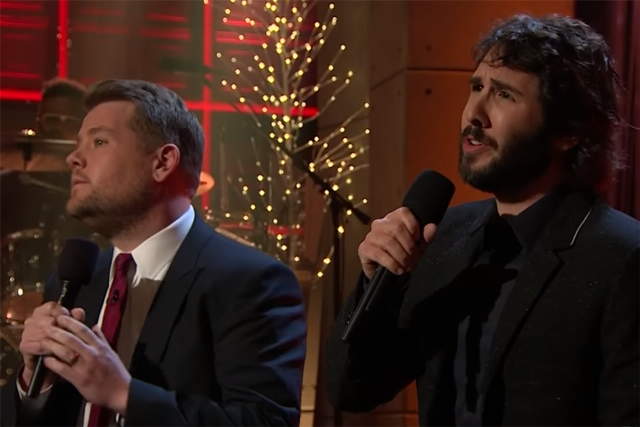 “If there’s one thing I love, it’s singing well-known songs,” James Corden announced last night on the Late Late Show. “And if there’s one thing CBS doesn’t love, it’s me spending money on the rights to those songs.” So to solve this eternal dilemma, the late night host brought Josh Groban on to help him sing some public domain classics, including “Ba Ba Black Sheep,” “The Muffin Man,” and “This Old Man,” though there’s a little confusion between that last one and a much, much more expensive Neil Young song. Watch below.

Liam Gallagher Was in Two Places at Once Last Night

Watch Madonna Twerk in the Passenger Seat of “Carpool Karaoke”