Florence + the Machine, My Morning Jacket Cover Eagles of Death Metal’s ‘I Love You All the Time’ for Charity 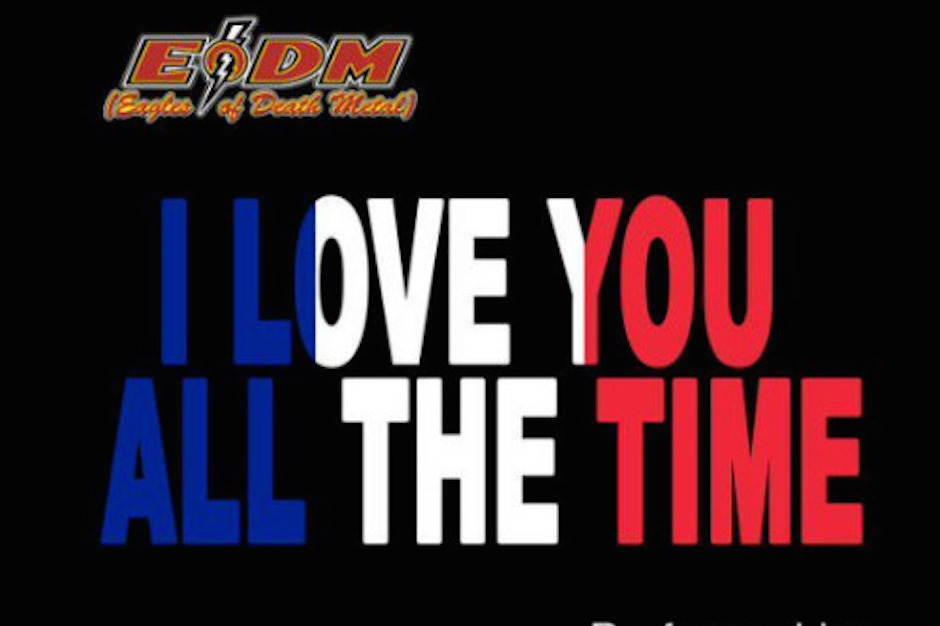 Update: According to reports from Rolling Stone, Pearl Jam will a release a digital and vinyl version of their cover of Eagles of Death Metal’s “I Want You So Hard” through their web store. Pearl Jam drummer Matt Cameron will also release a cover of “I Love You All the Time” on the flip side of that single.

In the wake of the attacks on their Paris show, Eagles of Death Metal offered a way for other bands to offer aid. They suggested that any artists who wanted to help should cover their Zipper Down single “I Love You All the Time” and donate all of the proceeds to charity. Today, the first group of bands — including Florence + the Machine, Jimmy Eat World, My Morning Jacket, and more — has taken up that challenge.

Over on iTunes, you can download each cover for a single dollar, all of the proceeds from which will go to Friends of Fondation de France. Alain Johannes (formerly of Queens of the Stone Age), Kings of Leon, Mini Mansions, r00ms, Savages, Sinner Sinners, the New Pacific, Dean Ween Group, and Ed Harcourt also contributed renditions of the song. Stream a few of the covers below