Listen to his 16-minute compilation of post-show Q&As 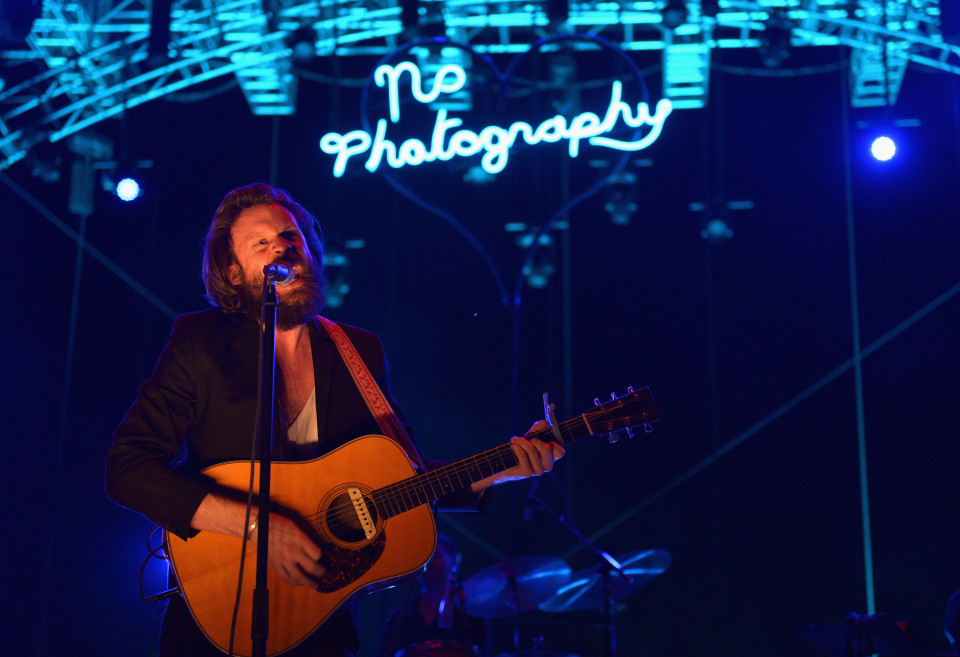 What’s separated Father John Misty from Josh Tillman — his original musical ego and his self — has been the shrewdness with which he’s presented himself. He’s self-consciously sardonic, a witty, endearing asshole. He’s created this image through his charmingly ragged appearance and his droll lyrics, but also — especially this year — through manipulation of the internet media apparatus.

This past summer he released a Lou Reed-ish cover of Ryan Adams’s cover of Taylor Swift’s 1989, only to quickly take the track down because of, erm, a visit from Lou Reed in a dream. The dream was made up, the entire thing an elaborate trolling. “I’ll say as basically as I can that I wanted to test the limits of how far you could get people to play along if this one person’s name was involved,” he told Billboard in November. He added, “I don’t aspire to crossing over. It’s very important to me that I maintain my ability to say certain things. You don’t move into that other realm without making concessions — that’s the price of admission for moving into wider exposure. I don’t think I really have to worry about it too much because the things that I’m interested in talking about and the ways in which I’m interesting in addressing those things will always prevent me from doing that… In my mind it’s just important for me to maintain these dualities and to stay on one side — and to stay on the side where I belong.”

Misty continued to revel in his outsider status on Sunday, releasing a very on-brand 16-minute long compilation of his post-show Q&As, because, ya know, f**k encores. The questions and answers are equally funny, touching on how sex works ( “It will work you like a dime-store pump. It will take your dignity. It will take your money. It will take your interest in just about any other thing and make it irrelevant”), advice for aspiring artists (“Don’t be a pussy”), and the ridiculousness of the charade of an encore (a “ritual devoid of meaning”). But in the end, given the self-consciousness of his actions over the past year, it’s arguable whether the ironic Q&A is any more authentic than a traditional encore.